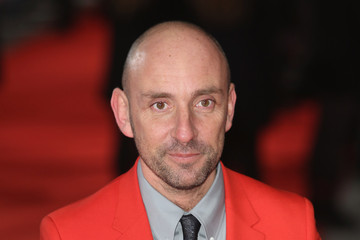 Getting Robert De Niro to say (and do) unspeakable things in the name of comedy is probably amongst one of the hardest assignments any director can undertake. Dan Mazer, better known for his collaborations with Sacha Baron Cohen on Bruno and Borat, has taken on that mission with his latest film Dirty Grandpa.

We spoke with the British filmmaker in London recently, to discuss the forthcoming release, which also stars Zac Efron.

Were you nervous about taking on such a project?

Its never going to be for everybody. For those people who are die hard De Niro devotees from Deer Hunter and Godfather, they will think ‘Hang on. That’s the De Niro I want. This is sacrilegious!’.

If you watch the movie though, you’ll see that De Niro is completely brilliant in it. He commits to it in a way that you would never imagine a man of 72 doing so. He’s got a 100 or so film credits to his name. Its a genuinely brave and brilliant performance. It is snobbery if you assume just because the film is a crowd-pleasing, mainstream comedy that he shouldn’t be doing it.

Was their any apprehension on the your part about working with such a legend?

I couldn’t believe it in many ways. I read the script one sunday night whilst call the midwife was on. I spoke to my agent afterwards and they said its Robert De Niro and Zac Efron attached. I asked them if he had read it, and they said he had and he loved it.

From that point on it was more intriguing to me. I had to make sure he was committed to the version of the movie that was that extreme. He absolutely was. Never did he flinch or compromise or bail out. He wanted it to be edgy. It was incredible to see a man with that gravitas and class giving it his all.

Did you ever flinch in terms of the content and thing perhaps you should tone it down?

No, not really. My philosophy is always to push it as far as you can is to go for 12 out of 10 and then if we test it in front of audiences and they find it too much, then it goes. I really like to screen it as early and as often as possible. The worst thing you can do is later on wish that you had pushed it further, because you can never go back from there. There was never a case of thinking that’s too much. Some jokes just weren’t to my taste, but that was just a personal take on the material.

Having made this as an American script, are you planning on moving out there or working full-time in America?

I’m just looking for funny scripts. This one came about partly out of laziness because writing scripts is an unbelievable slog. Really annoying and really time-consuming. Having just come off I Give It A Year, which was so intense to write and direct, this was a case of getting the script and overall working on it for a year. The previous one to about 3 years. It felt like something I could have written so it was a natural fit.

In America they just get on and do it. In Britain it feels a lot more special in some way. Everyone over there gets on with it a lot more. I quite liked it. The America I know is based largely on doing Borat and Bruno and Ali G, so its places that are phenomenally dangerous and risky. This was diet cokes and pistachios whenever I wanted it. It was nice. We had been to Spring Break three times before with Sacha, and so I knew it better than most Americans. They think its disgusting. It came together really well.

Did you have to adopt an American mindset for this one?

Most of the comedies I enjoy are American. I’m aware of those and I guess my sensibilities are towards that. This is set during Spring Break and feels American and is full of Americans, but there are some British extremities to it. The studios and directors are perhaps a little more conservative on the whole.

Zac Efron is well-known, but in my opinion somewhat underrated as an actor. How did that relationship between him and Robert De Niro work on screen?

I think you’re absolutely right about Zac, and it is weird that people don’t give him enough credit for being an intuitive and nuanced actor. Its too easy to write him off as the kid from High School Musical and think of him as a teen star. Also, if you’re that good looking quite frankly you have no right to be that good an actor as well.

Acting opposite Bob was obviously one of the things that drew in Zac in the first place. He took in a lot of what Bob did. When you are Zac Efron there are very few people that occupy a spot in the food chain that is equivalent or above. He was very much there and respectful and keen to take on board the experience. It was great to watch.”

Were there big crowds around the pair of them when filming on location?

Yeah, but that’s just the way of the world. Its not the first time they’ve done. They are generous with their time. The real problem was crying 9-year-olds with Zac. That was something we had to factor into the day with him. We had to quell the emotions of some overwhelmed prepubescents. Filmmaking over there is a very well-oiled machine.

I’ve resisted moving out there though. I should have done it 20 years ago when my friends did after we started the Ali G show but I love Britain. I have friends and family here. I’d miss the football. I find it good for a period of time but it eventually seeps into your soul.

I was out there once and was out for drinks with some people and they were celebrating because they had just got to do the rewrites on the Might Mouse script. I was livid, thinking ‘why didn’t I get the script?!’ Then I got home and thought it was all a bit mad. You shouldn’t be having sleepless nights over the Mighty Mouse script rewrites.

I think I have missed out on some things because of it. If I was out there I might be making bigger American movies and comedies and something like Dirty Grandpa might have happened 7 or 8 years ago. I Give It A Year wouldn’t have happened though. That was very rewarding.

Was there any of your own experiences you were able to get into this movie then?

[Laughs] There’s really not a lot of Dan Mazer in Dirty Grandpa. There might be some jokes, but the Spring Break Road Trip with my Grandpa hasn’t happened yet and is unlikely to. It was more objective and not subjective. I think I will only ever do comedies though as it is the muscle I have most developed. Its like Wayne Rooney to play tennis. He would probably love to do it, but it won’t be very pretty.