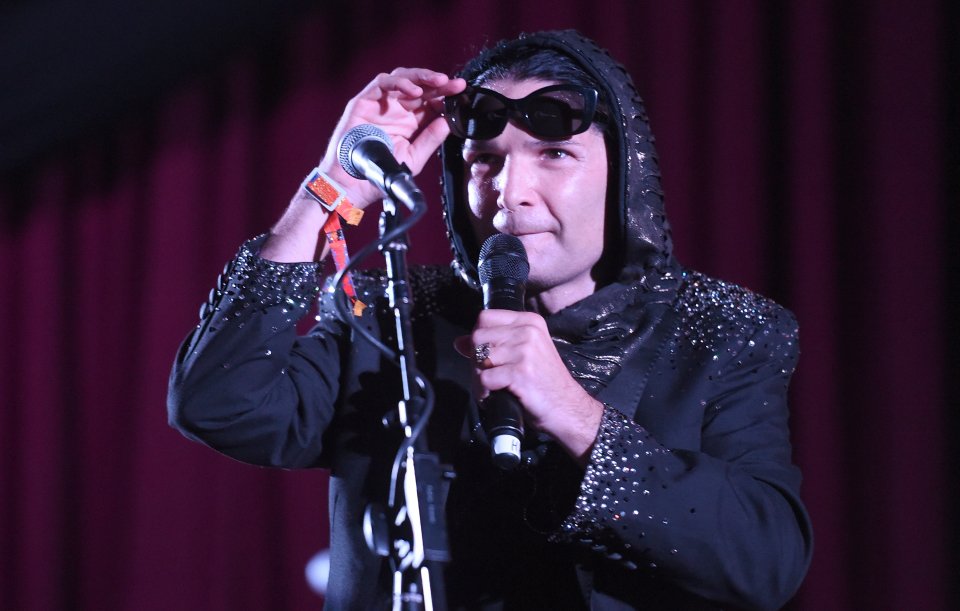 In his 43 years Corey Feldman has lived a life few people can even begin to comprehend.

“In a way, it’s been like the Truman Show. I have been in front of the cameras and my fans my entire life so people feel like they have grown up with me, and in a way they have. They have helped raise me and for that reason I feel like I have a dedication to them. They mean the world to me,” Feldman told HeyUGuys in a sit-down interview this past weekend.

It’s this love and bond Feldman shares with his fans that make events like what occurred at Bonnaroo possible.

The Bonnaroo Music and Arts Festival is known mostly as a four-day Music festival in Manchester, Tennessee featuring music acts ranging from Billy Joel to Kendrick Lamar. From Mumford and Sons to Slayer. It is a gathering of music and art lovers from all over the world to spend four days on a farm enjoying music, culture and trying to stay hydrated in the hot Tennessee sun.

As part of the festival Bonnaroo hosts a cinema tent to give the music goers a chance to escape the sun, bask in some much need air-conditioning, and celebrate classic films, new premieres and take part in special events.

The biggest event of the weekend was honoring Corey Feldman. In what they titled Corey Feldman Day, organizers of Bonnaroo’s cinema tent completely turned the schedule over to all things Corey.

The day started with a 30 minute Question and Answer session where Feldman reflected on his career, his hits, his new endeavors and took several moments to connect personally with his fans. Following the Q&A, they had a special Quote-Aong screening of The Goonies including much crowd participation. After the screening, Feldman’s band Corey Feldman & The Angels played a set to get the crowd out of their seats and dancing and it all culminated in a Quote-Along screening of The Lost Boys.

“We have done concerts and movie screenings like this before, We had one in Santa Cruz where 15,000 people came out to see my band and watch Lost Boys together. It’s a great formula that really works. To do it at Bonnaroo was a great experience, I felt the love from today. I only wish we could have got more people in the tent,”

To watch Feldman interact with his fans is refreshing. In no way does it feel forced. He genuinely loves his fans and feels grateful for them in every way.

It is very easy to understand why.

“After I ran into trouble when I was very young, everyone turned on me in the industry. The media turned on me. Studios wanted nothing to do with me. Those people bailed and it was a shocking dose of reality. But the fans, they never left. They wrote me saying they would ignore all the negative voices and those letters never stopped. Anywhere I go in the world there are thousands of people waiting for me. They give me confidence in myself.”

Feldman’s history with the media has been a rocky one. He claims to have been misquoted on several occasions. Including items ranging from his feelings on his Goonie’s castmates, his past relationships and overall what he stands for.

“I just love people and the world and I feel like I am here to do positive work. There has been a giant amount of obstruction for that work. At the end of the day with every insult I become stronger. And with the press, it’s obvious how cruel they are to me, but you know? It only makes my fan base more dedicated to me. People can be afraid of the message of love. It’s sad and scary and I hope with my music and my message that we are able to enlighten people and bring them to a positive place.”

Feldman’s latest professional endeavor is what he hopes to achieve for the member’s of his band and other young actors in Los Angeles. He has created a talent management company meant to help assist young actresses in L.A. thrive.

“What we do is meant to keep these girls from a path of destruction. We don’t charge them anything. We just want to provide them everything they need to help them succeed. It’s about positive self-enhancement and becoming the best that you can be.”

Talking to the members of Feldman’s band you realize they believe they are being provided the guidance and opportunities to truly thrive in the industry and this is something they truly are lucky to have.

What Feldman can provide the most of is experience. Speaking to him Feldman discussed his love of working with Rob Reiner, who he called a “legend” and a true artist and master of comedy. He also spoke of his amazing relationship with Goonie’s director Richard Donner. But Feldman also discussed his biggest Hollywood regret.

“I auditioned for the role Chris O’Donnell played in Scent of a Woman. It was a role I really wanted. It was my first audition after I was released from rehab and I overthought all of it. I second guessed everything I did to prepare and everything I did in the audition. I never was able to get over it and because of that I decided to stop auditioning for parts all together.”

The highs and lows can obviously be staggering for someone who begins acting when they are 12 years old.

With The Goonies celebrating such a massive milestone in turning 30, Feldman has been hit with several questions concerning remakes and sequels. He has very strong feelings about both of those ideas.

“Remakes are the worst thing ever, it means Hollywood has lost all creativity. We need to explore the untapped, the undiscovered. They need to stop recycling great things and turning them into trash.”

But on talks of a sequel?

“It’s something I would be completely open to. Obviously we have suffered tremendous losses with the original cast but I believe we would honor them by returning to the family. The cast and crew of Goonies  means the world to me. I still talk to them and keep in touch with them. I have nothing but love and respect for everyone who was apart of that film and I would love to be able to revisit that.”

Overall, like his fans and lovers of The Goonies everywhere, Feldman shares just as much love for the film as they do.

“It is absolutely crazy it has been 30 years, I feel blessed to be apart of Goonies and something so great. Honestly I feel it was sheer luck. It was all about being at the right place at the right time. With The Goonies, the film holds such a special place in my heart. I found family and for that reason it will always be the best experience of my life”