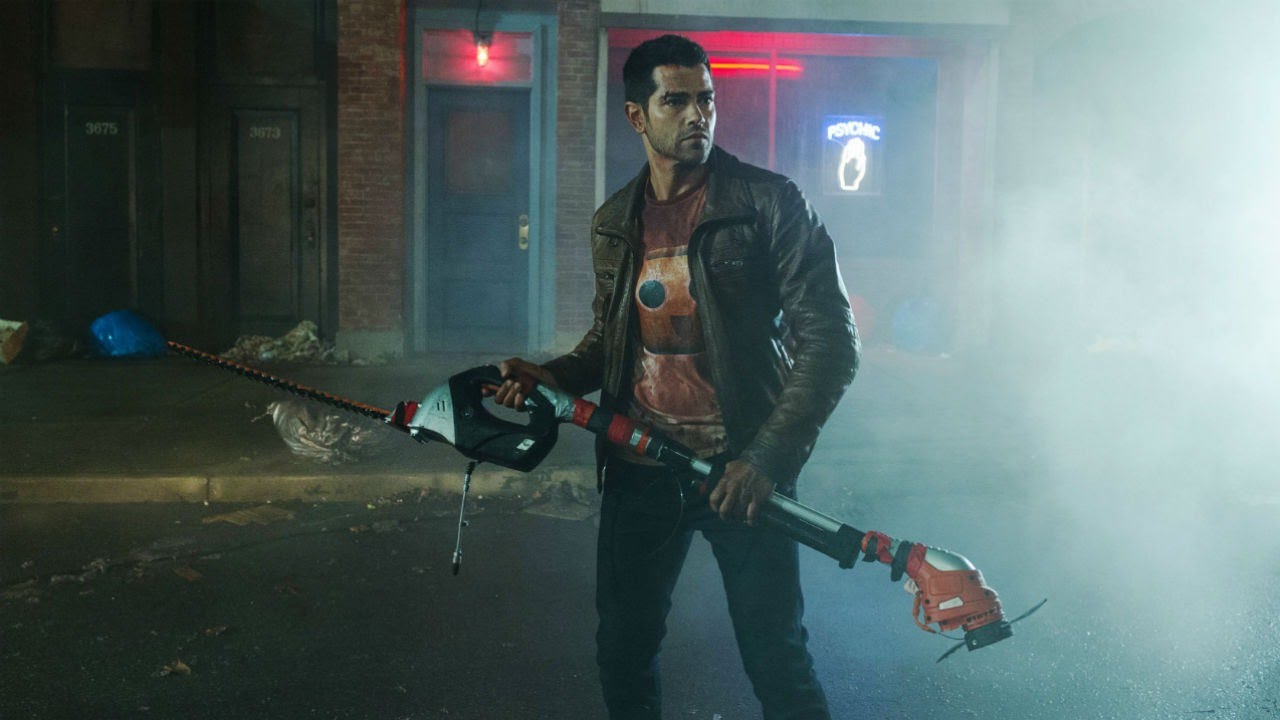 It’s the zombie apocalypse again, but for the people of East Mission, Oregon this isn’t necessarily something to get worked up about. Having already seen two outbreaks since 2006, American organisation FEMA seems to have the third under control. That is, however, until their vaccine — Zombrex — becomes ineffective against the virus, leaving carriers unable to treat their symptoms and stave off infection.

On the scene for Hit Point, digital journalist Chase Carter (Jesse Metcalfe) and camerawoman Jordan (Keegan Connor Tracy) become separated during the chaos, the former teaming up with Crystal (Meghan Ory) — an infected woman still somehow responsive to Zombrex — while the latter escapes the quarantine zone to find the military taking charge of the epidemic.

There was a time — shortly before the then nascent superhero genre donned its best cape and took off, the future of mainstream cinema in its hands — that movies based on video games dominated the cinematic landscape. With the exception of the apparently indomitable Resident Evil franchise, which lumbers on long after having zombified its audience, it was looking like game over for the once emergent and nearly extinct subgenre, as respected and popular titles within the gaming industry failed to find either similar success at the box office or any favour whatsoever with critics.

However, fourteen years on from the release of Lara Croft: Tomb Raider, the film that arguably started it all, Dead Rising: Watchtower is living, or at least reanimated proof that it is possible to make an enjoyable video game movie.

Based on Capcom’s Dead Rising series, of which it is set somewhere between the second and third instalment, Dead Rising is an interquel spin-off rather than a straight remake of the first game. It ties seemlessly and superficially into the extant mythology, featuring the original protagonist Frank West (played brilliantly by Rob Riggle) in a supporting role, as the celebrity survivor of a previous outbreak.

In fact, Riggle comes very close to stealing the show; West, in an interview with UBN anchor Susan Collier (Carrie Genzel), refuses to play ball, ridiculing her questions and — instead of reassuring audiences — informing the people of East Mission of just how doomed they really are. The film has a lot to say about journalism, particularly the perceived discrepancy between print, television and digital outlets, and while it might not exactly be considered cutting satire it’s refreshing to see the subject tackled at all.

This same sense of humour underpins the main narrative too, with the film opening with a cartoon Zombrex advert espousing safety and security and then panning out to show a town in the grip of terror and the shop showing it being looted. The film’s comic sensibilities completely undermine any attempt at horror, not that it is trying to hard to scare in the first place, but it’s consistently funny enough to keep you giggling throughout.

The performances are still worthy of mention, however, with Jesse Metcalfe and Meghan Ory in particular and impressing in the leading roles. Metcalfe — still best known as the gardener from Desperate Housewives — makes for a surprisingly engaging and capable star, and with a sequel already green-lit Legendary Digital Media and Crackle would be wise to bring him back for more. Virginia Madsen is in there too, and brings just enough pathos to her role as a mother forced to kill her own infected child to add an emotional dimension to the film.

Nicely shot by cinematographer Mahlon Todd Williams and efficiently directed by Zach Lipovsky, Dead Rising: Watchtower does a lot with what must surely have been relatively little. It’s unremittingly silly and a sliver too long, but it’s also slick and spirited enough to compensate. It’s been a long time coming, but the video game genre has finally reached a worthy save point.