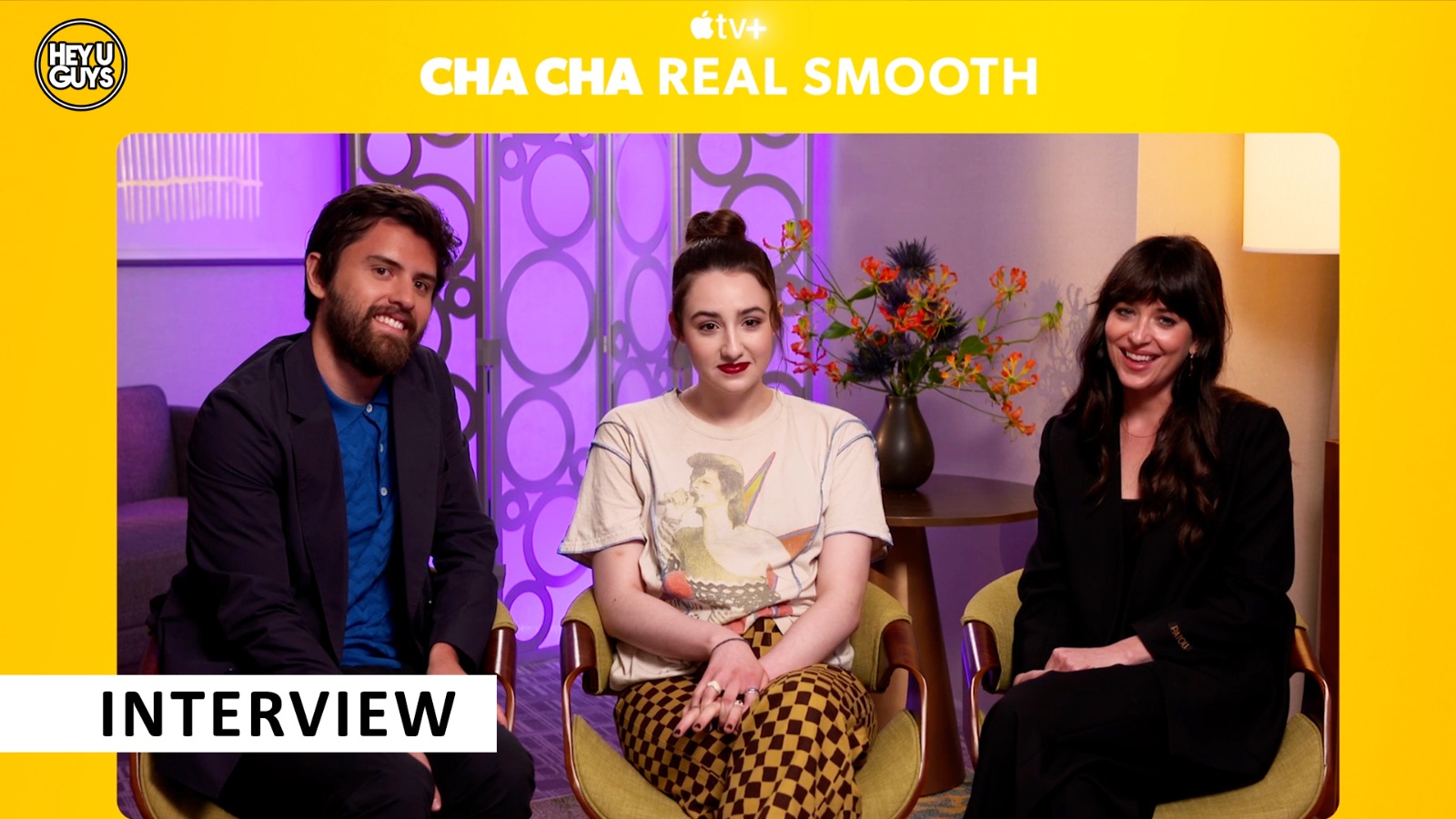 One of the big indie hits of the year so far, Sundance sensation Cha Cha Real Smooth hits our screens this weekend as it launches on Apple TV+. To mark this occasion, we spoke to its three leading stars, Dakota Johnson, Vanessa Burghardt, and Cooper Raiff, the latter of which wrote and directed this film.

We speak about the reaction from the autistic community, as Burghardt explains why she feels her character of Lola has been so well-received, and so understood. Johnson also talks about her input into her role and bringing complexity to the character, while Raiff speaks about how he connects to his character, and what similarities they share. They also speak about the rise of streaming services, and how the success of CODA is something to now realistically aspire to, and they tell us what song would get them onto the dance floor at a Bar Mitzvah…

A man who works as a bar mitzvah party host strikes up a unique friendship with a young woman and her teenage daughter.

“Do I sense a romance brewing?” Netflix drop trailer for ‘Persuasion’