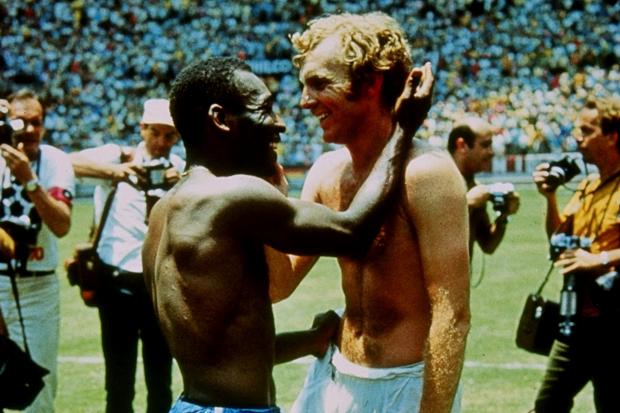 Growing up, wide-eyed and enamoured with the beautiful game and acclimatising myself to the tribalistic nature of the sport (I’m a Spurs fan, apologies in advance) – there was one story that didn’t sit right with me, at odds with the celebrity culture in football, where England captains were judged as much on their most recent hairdo as they were their last performance. It was an anecdote relayed by my father – who walked into a bygone chain called Deep Pan Pizza on Edgware Road in the mid 1980s, and there in the corner, cut the solemn figure of England’s former captain Bobby Moore. On his own, and nobody recognised him.

This rather sad image proved to be emblematic of a man forgotten by those who once paid his wages. He may have adorned the Upton Park turf, but post-career he seemed somewhat unemployable, discarded. So what happened to one of the game’s most striking centre halves? That’s a question you would hope to see answered in Ron Scalpello’s documentary debut Bobby, and yet you’ll be left wanting, as despite making for a compelling watch, we cover old ground, analysing the ’66 victory, despite the fact there really are so many times we can ask Geoff Hurst whether that ball crossed over the line (though it definitely did).

Scalpello proved his worth with the captivating prison drama Offender, and his first deviation into the art of the documentary is an accomplished, if flawed endeavour. We delve into the life of Bobby Moore, from his youth career at West Ham, to his glory days in claret and blue, winning the World Cup, overcoming testicular cancer, and being imprisoned in Colombia on account of theft. We examine the difference between football culture then, and how it’s transformed to what it is today, as we romanticise over what seemed a more simpler time, where interaction with fans wasn’t limited to 140 characters online, and you could get away with turning up to training in your previous night’s attire.

But the truly intriguing element to this piece comes during Moore’s latter years, when the FA and West Ham shamelessly ignored him. There’s a moment when a former player comments that, ‘only they could tell you why’, or words to that effect. But we never investigate, and find out the answer to the aforementioned question, which is where Scalpello falls short. Let’s meet the FA, let’s try and uncover why he wasn’t ever made an ambassador and why it was only posthumously he was celebrated, with a statue looming large outside the new Wembley stadium. Let’s meet the Watford board and ask why they opted for Graham Taylor to be their manager instead of Moore – a decision which affected him greatly. But we don’t do that, we merely speculate.

Of course it’s imperative to feature the World Cup triumph, and to tick boxes such as the breathtaking tackle on Jairzinho, or the swapping of shirts with Pele. But showing extended highlights of the games from ’66 make for familiar territory, albeit a pleasure to indulge in yet again. We’ve seen and heard it all before, and this feature doesn’t truly get into gear until the final act when we delve into a period of the subject’s life that is lesser known. We get there too late, as the film comes into its element with only a quarter of an hour to spare – and Moore could have told you better than anyone, that’s not how you structure a 90 minute performance.