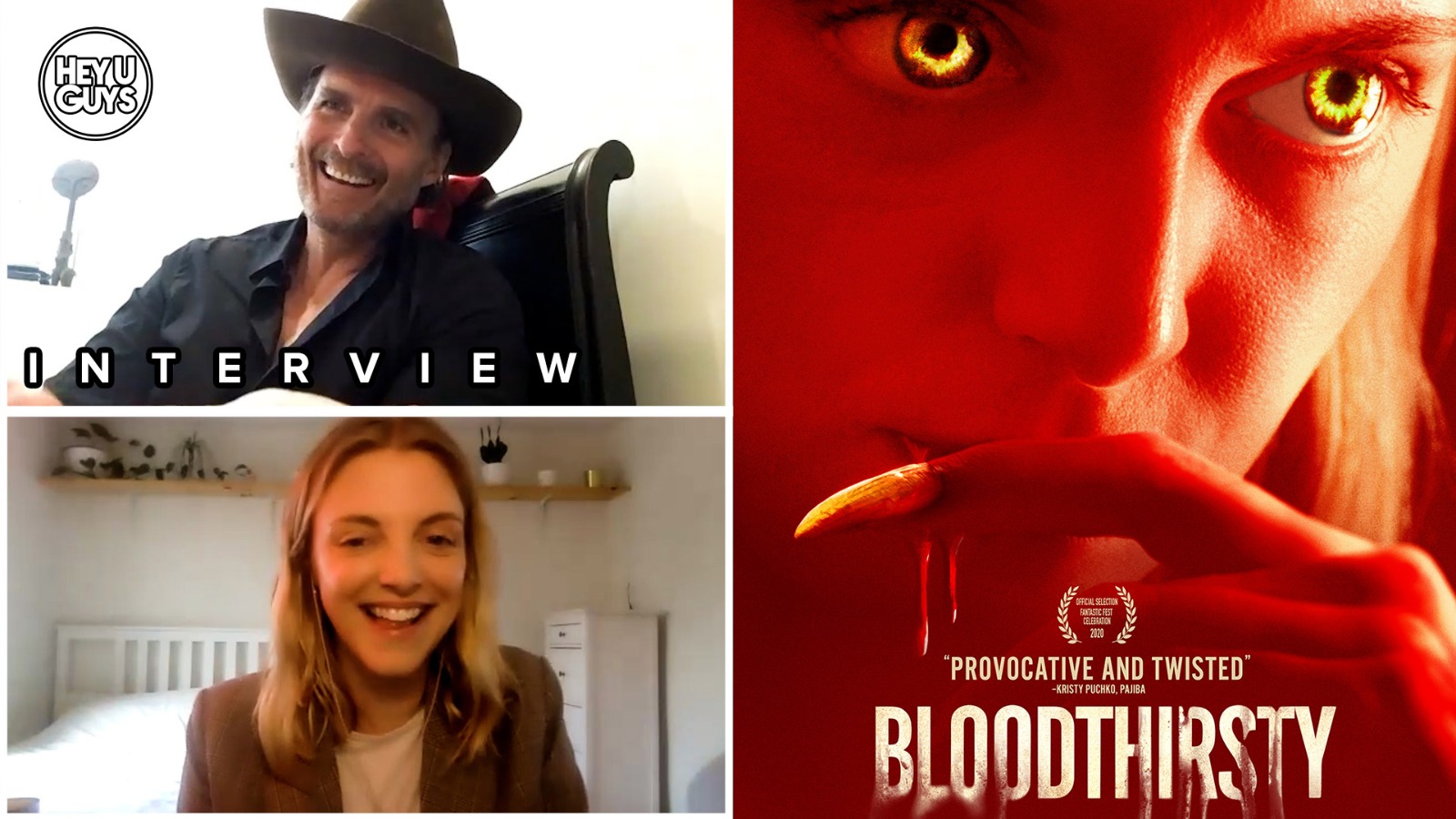 There aren’t many films quite like Bloodthirsty, and believe us, that’s a compliment. This ambitious, horror/mystery from Canada is a monster movie with a twist, and to mark its US release, we had the pleasure of speaking to its two leading stars, Lauren Beatty and Greg Bryk.

We discuss with Beatty her own musical abilities, while Bryk also tells us if he’s any good with an instrument, while the pair recall certain instances from their time shooting the latter will want to forget. They also talk about the unique elements to this film, while we discuss with Beatty her inclination to try and take on roles, and projects that provide a platform for LGBT stories to be told.

Watch the full interview with Beatty and Bryk here:

Grey, an indie pop singer whose first album was a smash hit, gets an invitation to work with notorious music producer Vaughn Daniels at his remote studio in the woods. Together, with her girlfriend Charlie, they arrive at his mansion, and the work begins. But as her work with the emotionally demanding Vaughn deepens, the vegan singer begins to hunger for raw meat. As her appetite changes, her body starts to transform, and she begins to find out who she really is.

Bloodthirsty is in Select Theaters across the US, and On Demand April 23, 2021