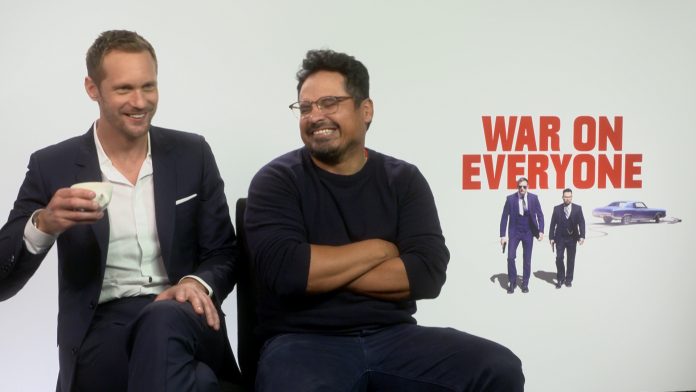 To mark the release of John Michael McDonagh’s War on Everyone, we had the pleasure of sitting down with the film’s leading stars Alexander Skarsgård and Michael Peña, who play buddy cops (and round arseholes) caught up in illegal activity. After comparing Peña to Margot Robbie, we went to speak about playing two such reprehensible characters and how they went about ensuring the viewer remained onside throughout.

We also spoke about future projects, with Peña talking about Ant-Man and the Wasp (giving us very little, as expected) and Skarsgård on Duncan Jones’ Mute.

War on Everyone is released on October 7th.