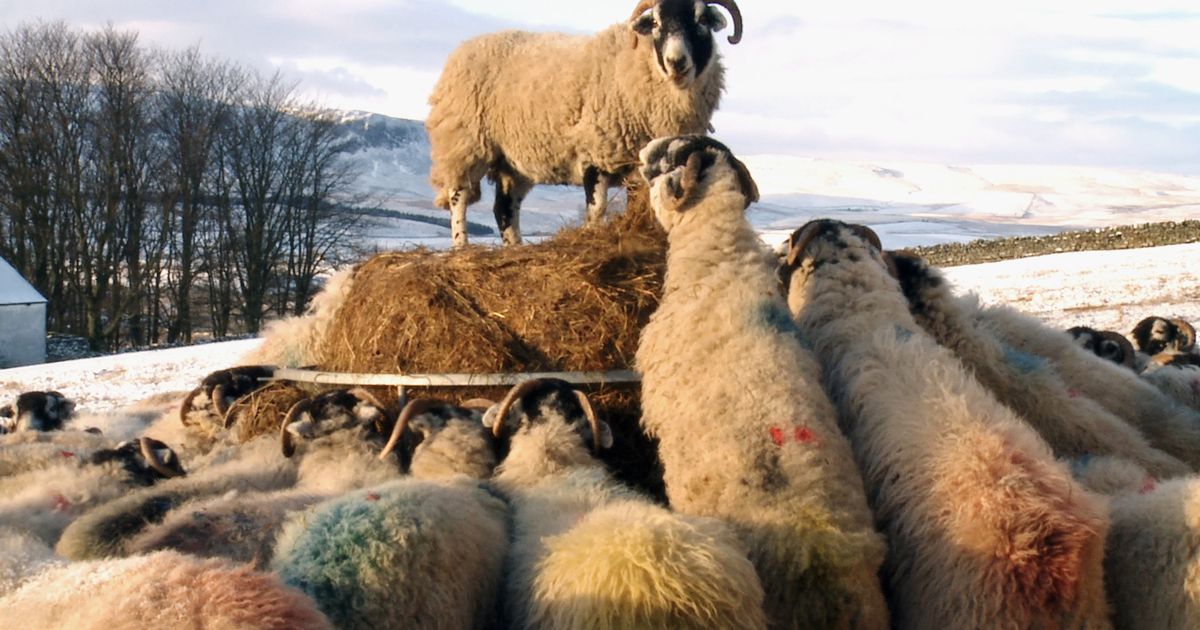 It’s not an addiction which one could exactly book a few weeks in rehab for (maybe there are pills available from the farm-acy), but the lives of tenant farming couple Tom and Kay are the subject of study for documentarian Magali Pettier in her debut feature.

Pettier, herself a farmer’s daughter, originally from Brittany but now based in the North East of England, spent eighteen months shooting and directing Addicted to Sheep, joining the husband and wife team, along with their kids, to catalogue the gorgeous open countryside of the North Pennines and the backbreaking daily graft of running a farm.

It’s a film which one might not expect to find revelation or refinement in, but in many ways this is the whole point of Pettier’s ambition: to uncover moving narratives in the everyday rituals of our lives by distilling that of the societies which surround us. Tom and Kay face many of the same struggles which a lot of people face: paying the rent, ensuring the kids receive a good education, planning for and worrying about their future. But amidst the backdrop of some spectacular vistas and rare encounters, their considerations seem somewhat bittersweet.

Enviable on the one hand, but more taxing and laborious on the other, as if we may dream of escaping to the country and building a life there before realising how exhausting and precarious it might all be.

Pettier is really able to capture the disparity of this existence, right in amongst the cow pats and horse-flies in one shot before cutting away to the snowy, silent knolls of the ancient Pennines. It’s infused with the kind of colourful local humour which gives the film its warmth, as the kids ponder whether they might like to follow in their parents’ footsteps.

Whilst Addicted never really reaches the lofty, meditative heights that, say, Ilisa Barbash and Lucien Castaing-Taylor’s Sweetgrass or Thomas Balmé’s Happiness are able to achieve when documenting micro-communities, it is still a rather dazzling homage to an environment we can often feel nonplussed by, despite it sitting right on our doorstep, and a celebration of those who live there.

There is a tremendous amount of pride surrounding the Cumbrian and Yorkshire farming industries and the way in which Pettier observes this becomes almost as addictive as the livelihoods of the people. There could always be a greater interrogation of the districts, to play around with how the camera might record or reveal them, and that of the family working there, but the film’s earthy and honest intentions are what make it so watchable.

In fact, the way in which Pettier apprehends a range of snapshots is why the film could succeed in a wide variety of settings: cinematic, televisual, almost literary in its development of story, drawing a line between the international and local business of farming, able to connect global agriculture to the people – not corporations – who invest so much time, effort and money into their home.