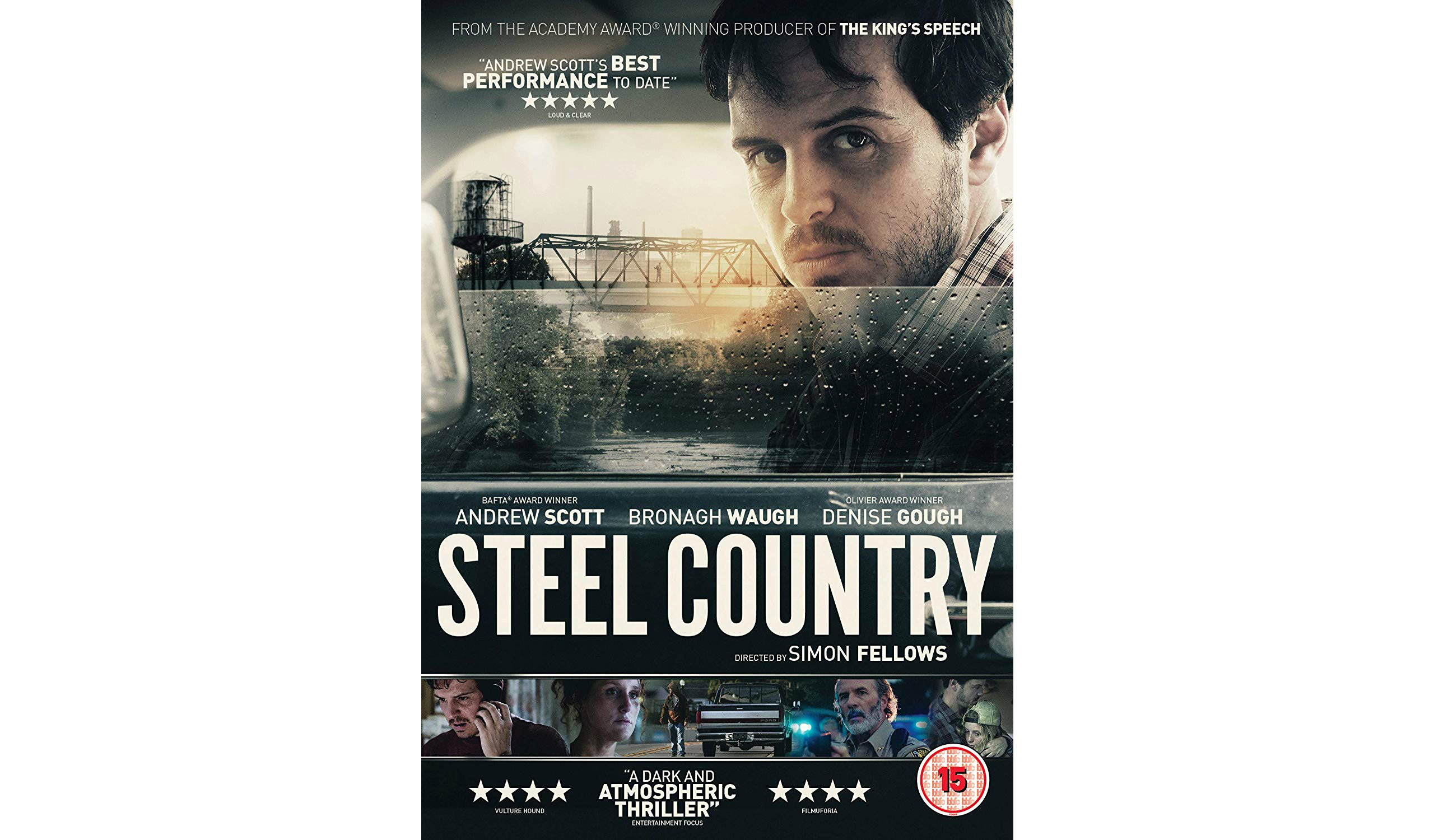 To mark the release of Steel Country on 8th July, we’ve been given 3 copies to give away on DVD.

Donald Devlin (Andrew Scott) is a garbage man in Harburgh, Pennsylvania, a former steel town that has seen brighter days. A single father, Donald spends his days collecting the trash of the residents of this sleepy town alongside his best friend Donna Reutzel, and in his off-time, focusses his energies on being the best father he can be to his young daughter Wendy.

But when Tyler Zeigler, a kid that would wave to Donald on his rounds of the neighbourhood, suddenly goes missing, Donald starts to fixate on finding out what has happened to him. With the local sheriff warning him off, and the town reacting to the young boy’s disappearance in a variety of confusing and out of character ways, Donald determines to learn the truth. But the truth may not want to reveal itself.