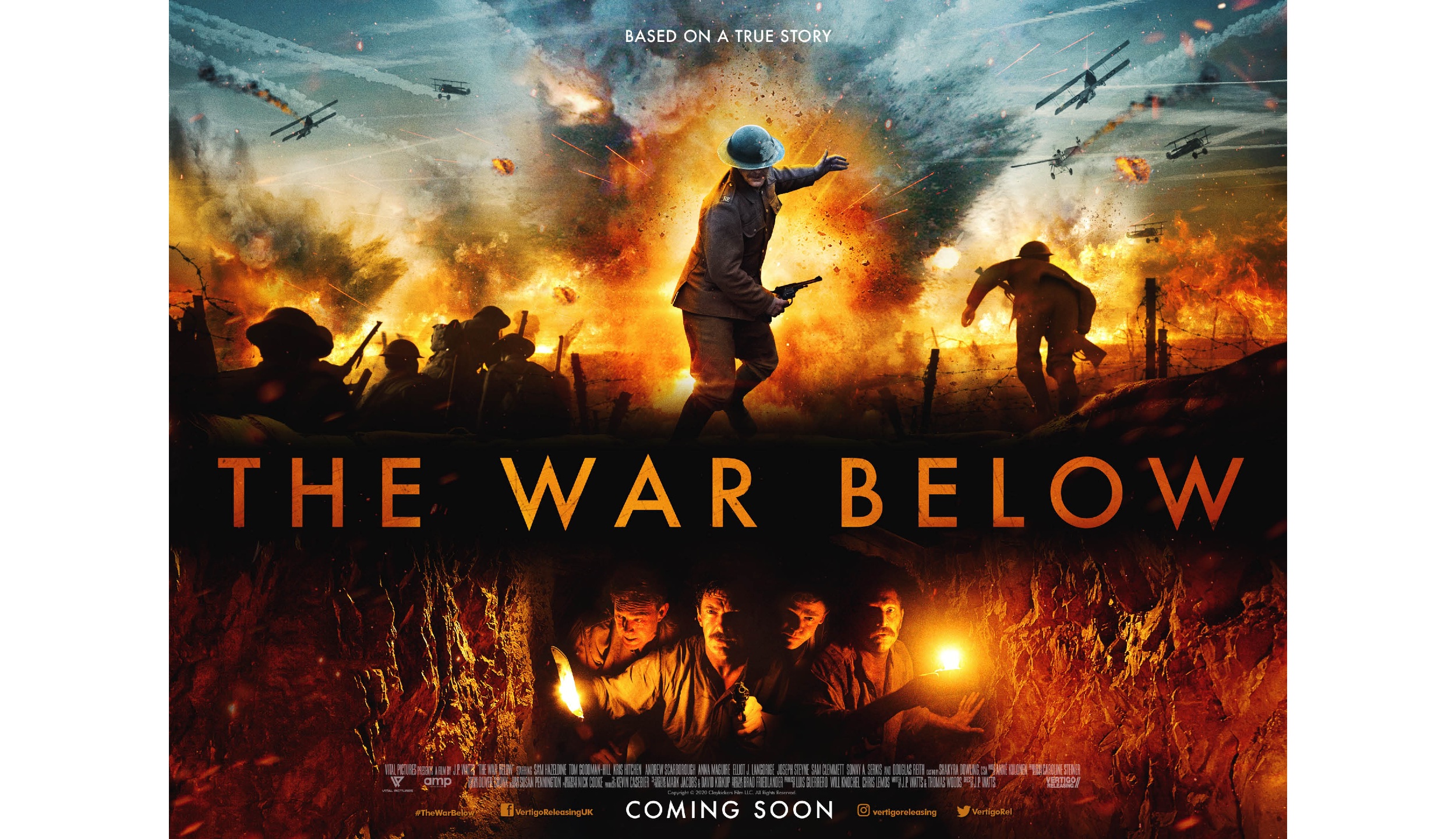 THE WAR BELOW, based on the story of the First World War tunnellers who dug underneath no-man’s land, will be released in cinemas across the UK and Ireland on 10th September. To celebrate, we are giving away a limited edition poster.

The Dig meets Saving Private Ryan in writer/director J.P. Watts’ debut feature, about a maverick plan to defeat the German army during the Battle of Messines in 1917. The film stars Sam Hazeldine (Peaky Blinders) as William Hackett, the miner desperate to join the army who, after being turned down at the recruitment office, gets the chance to serve his country in an unexpected way.

The supporting cast includes Tom Goodman-Hill (The Imitation Game) as “Hellfire Jack,” the colonel who proposes the dramatic plan to turn the tables on the enemy, and Kris Hitchen (Sorry We Missed You), Elliot James Langridge (Northern Soul) and Sam Clemmett (Endeavour) as the three men who accompany Hackett on his audacious mission.

A gripping, gruelling and triumphantly stirring story about loyalty, bravery and brotherhood.  If you enjoyed 1917,The Imitation Game and Dunkirk, be sure to watch THE WAR BELOW.

On Set with Acclaimed Indie Sci-fi The Machine