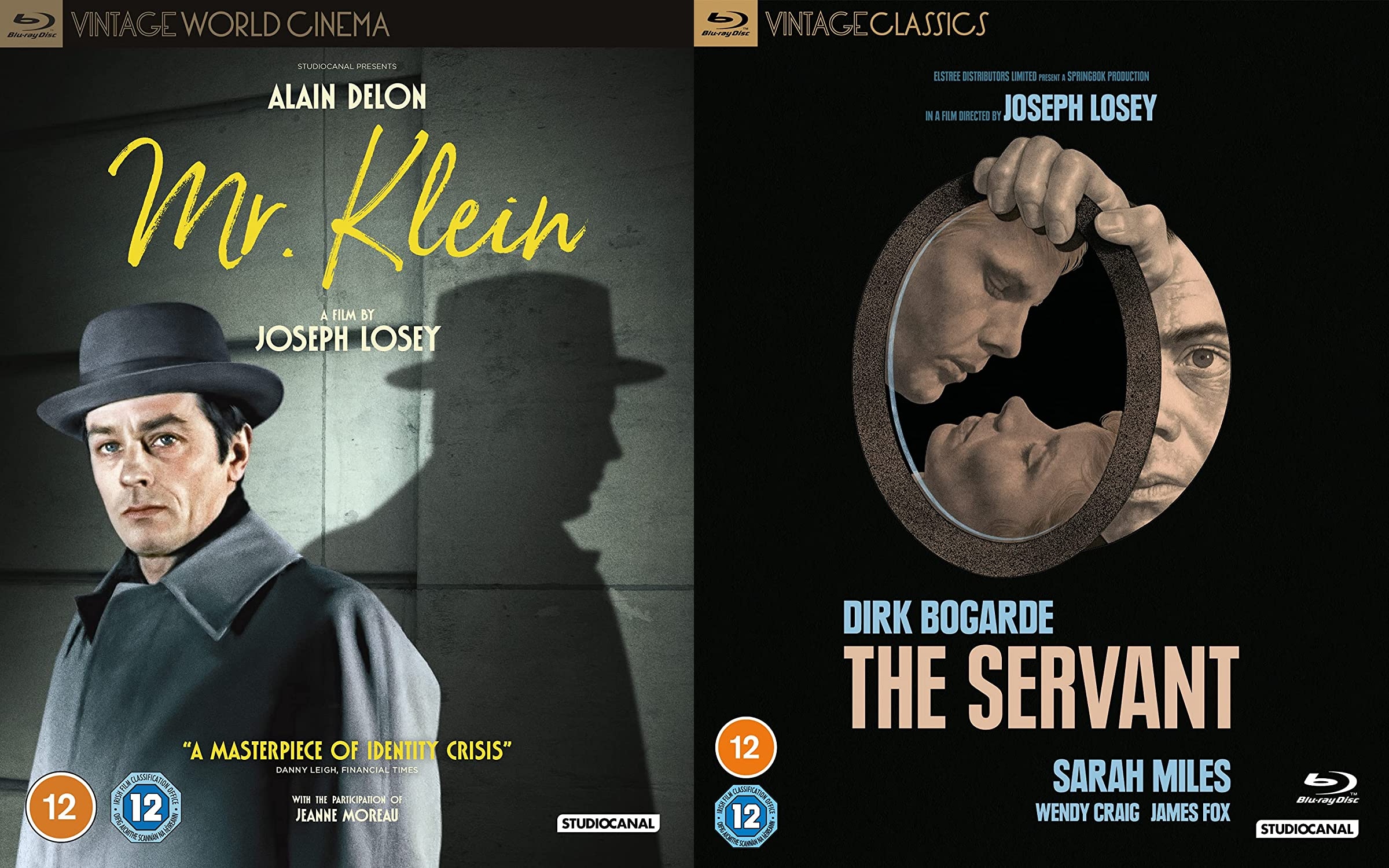 To mark the release of Joseph Losey’s Mr. Klein on 13th September and The Servant on 20th September, we’ve been given 2 bundles of each film to give away on Blu-ray.

This brand-new restoration of the César Award-winning political thriller directed by Joseph Losey is starring Alain Delon in a career defining role with a special appearance from Jeanne Moreau. Mr. Klein, with its Kafkaesque focus on the themes of identity and obsession, has become a classic of the doppelgänger paranoia genre and is one of Losey’s darkest films.

Paris, January 1942 – art dealer Robert Klein (Alain Delon) is making a killing. For this loyal Frenchman the Nazi occupation is a unique business opportunity. He stands to profit from the Jewish people’s misfortune, as they sell their possessions in a hurry to leave the country. But when a Jewish newspaper turns up on Klein’s doorstep, his comfortable life begins to unravel. It seems there is another Robert Klein, a suspected Jewish Resistance fighter, who is content to live in the shadows and let his namesake take the fall. As Klein’s investigation of his double progresses, the mood shifts from Hitchcock to Kafka and proving his innocence becomes less important than confronting his doppelgänger…

A stunning new restoration of Joseph Loseys 1963 masterpiece The Servant. Adapted from Robin Maugham’s short story, The Servant marked the first of three collaborations between Joseph Losey and celebrated playwright Harold Pinter. Nominated for five BAFTA ‘s and winning three, including best actor for Dirk Bogarde and Best Cinematography for Douglas Slocombe, The Servant is notable for its ambitious technique and its willingness to engage with issues that were, at the time, never seen in British cinema.

Experienced manservant Barrett (Dirk Bogarde) starts working for foppish aristocrat Tony (James Fox) in his smart new townhouse. Much to the annoyance of Tony’s girlfriend (Wendy Craig), Barrett slowly initiates himself into the house and begins to manipulate his master.

Win The Gentle Gunman on Blu-ray