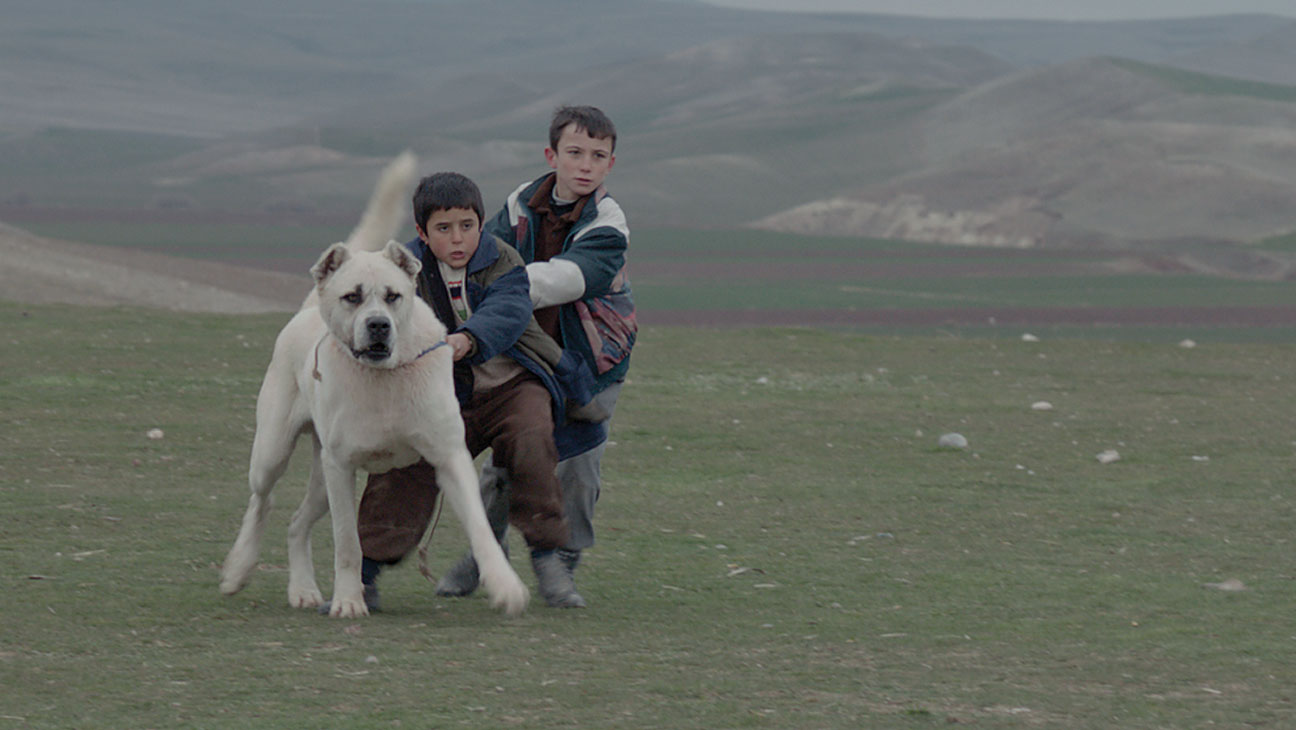 Celebrating its centennial year this year, Turkish film has already gifted us a Cannes winner with Nuri Bilge Ceylan’s Winter Sleep whilst here in Venice Kaan Müjdeci’s Sivas snarls onto the screen and into competition.

Like many of its predecessors set in rural Anatolia, Sivas portrays a sense of the wildness and beauty of the region, but also its bleak isolation and stultifying benighted environment. The story is of one boy and his dog, but this is no Lassie Come Home.

The boy in question is Aslan (Do?an Izci) who fights and argues with his male classmates and has his heart set on a pretty girl in his class. He’s a bit of an outcast and is often seen stomping home alone. Home is a decrepit farmstead that he shares with his much older brother ?ahin (Ozan Celik) and his parents. When Aslan is done with school, it’s off to work with the animals. When an ancient horse is no longer of any use, it’s shooed away, left to fend for itself in the fields, and it is Aslan’s job to dispose of it.

Aslan and ?ahin attend a dogfight, where the local kid’s dog savages its opponent, the titular Sivas. When the dog is left to die, Aslan stays behind and takes charge of this huge and magnificent animal. The audience breathes a sigh of relief but it’s soon apparent that Aslan wants Sivas to continue fighting, starting with a revenge match against his school buddy’s dog. The scene is significant for it looks like the final dogfight in miniature, the difference between this fight and the other is that only men are present in the latter. When Sivas becomes champion, Aslan wants to retire him, and at this point the corrupt village elder lets Aslan know that if a dog wants his mash he has to fight other dogs. Aslan, who has so childishly and fiercely protected and championed his dog, is about to discover that ownership and loyalty mean nothing in the adult world.

This film is bound to suffer at the hands of critics and animal lovers, enraged by the cruelty to animals depicted on screen (although no animal dies). But what Müjdeci portrays, and what should shock us more, is human cruelty. Nobody in this film has an ordinary conversation; all we have are barked orders and snapping, vicious retorts. There is one moment of tenderness between Aslan and his mother, but not before a shouting match has transpired. In fact, the mother is barely seen and when she is it is to cook or to bathe her son, and no other woman has a role in this film. Sivas’ world is a man’s world, and Müjdeci shows us what an angry, aggressive and corrupt world it is. Do?an Izci dominates proceedings with a powerful performance far beyond his years, brilliantly rendering a boy on the cusp of leaving innocence behind ad becoming part of this adult masculine world.