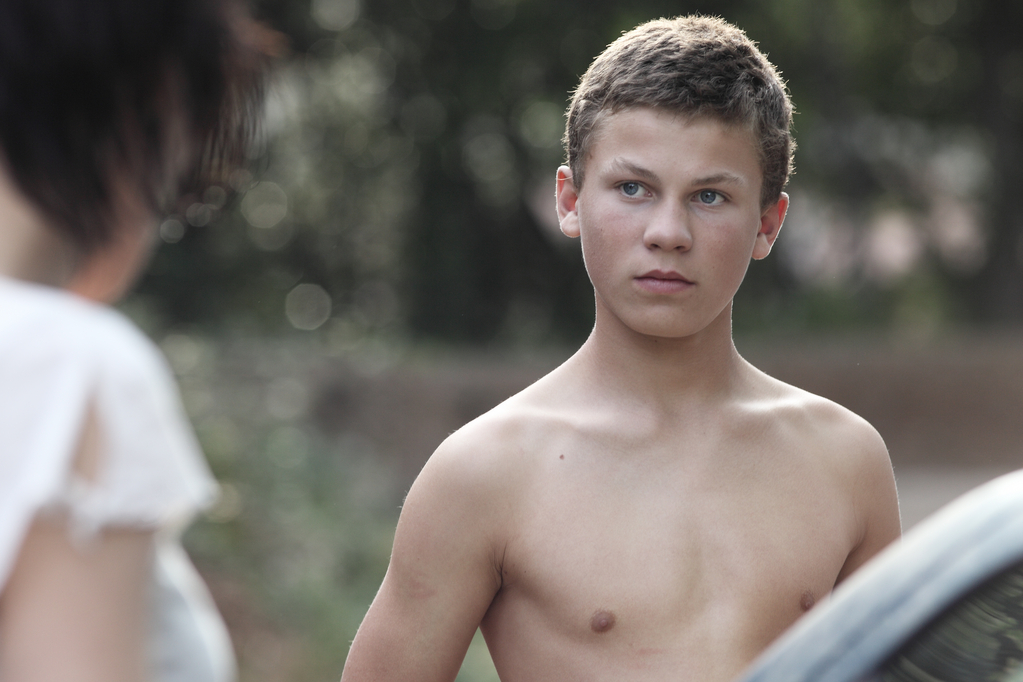 Alix Delaporte uses Mahler’s Sixth Symphony both as the soundtrack and as a powerful and emotionally charged protagonist in this engaging coming of age tale, playing here in competition.

14-year-old Victor (Romain Paul) lives with his mum Nadia (Clotilde Hesme) in a caravan on the beach. Nadia is stick thin and has been undergoing chemo; both she and their home are in a precarious state. Having decided to halt her treatment, she takes her son out on a jaunt and cajoles him into jumping into a river from the steep bank. When he seems scared, she leaps in, her wig becoming detached and floating on the water’s surface. It is at once a declaration of her illness and her release from its constraints. Also living on the beach are a Spanish couple whose young son Miguel has French lessons with Victor and whose daughter (Mareia Vilapuig) is a sullen siren at school with our young hero.

When Victor learns that his absent father Samuel Rovinski (Grégory Badebois) is in town to conduct Mahler’s 6th he wants to meet him but is too scared. Only when he fears having to leave his beach home idyll that Victor visits his father and thus begins a tentative relationship between the two. While Victor is a football prodigy, his father tries to use Mahler’s music to create a dialogue between them, for – like most teenage boys – Victor has little to say. This burgeoning father-son rapport is beautifully rendered by the music. When Samuel asks Victor to stand alongside him on stage during rehearsals (with a fatherly order to take off his hat), the music soars and sweeps in perfect harmony with the boy’s joy. Mahler also accompanies Victor during his football trials as he struggles with his fears and frustrations.

Delaporte has captured the awkwardness of adolescence, Victor is both reticent and sometimes brooding, but also a boy growing up all too quickly as he copes with the huge emotional and physical changes in his life. The film is set during the Montpelier summer, but talk of winter is like a portent of death approaching. As his mother gives up her treatment and prepares him for a future without her it is Mahler who gives Victor a possibility for hope.

The title refers to the fact that Mahler originally had three “hammer blows” of the drums, signifying fate knocking three times. When the composer’s life took a downturn, he took out one hammer blow, leaving it up to the conductor which version to use. And this shows Victor that regardless of what fate throws at you, and however scary and rotten life can be, you always have to react. To paraphrase Samuel quoting Mahler, life can be tragic, but let’s not snivel.