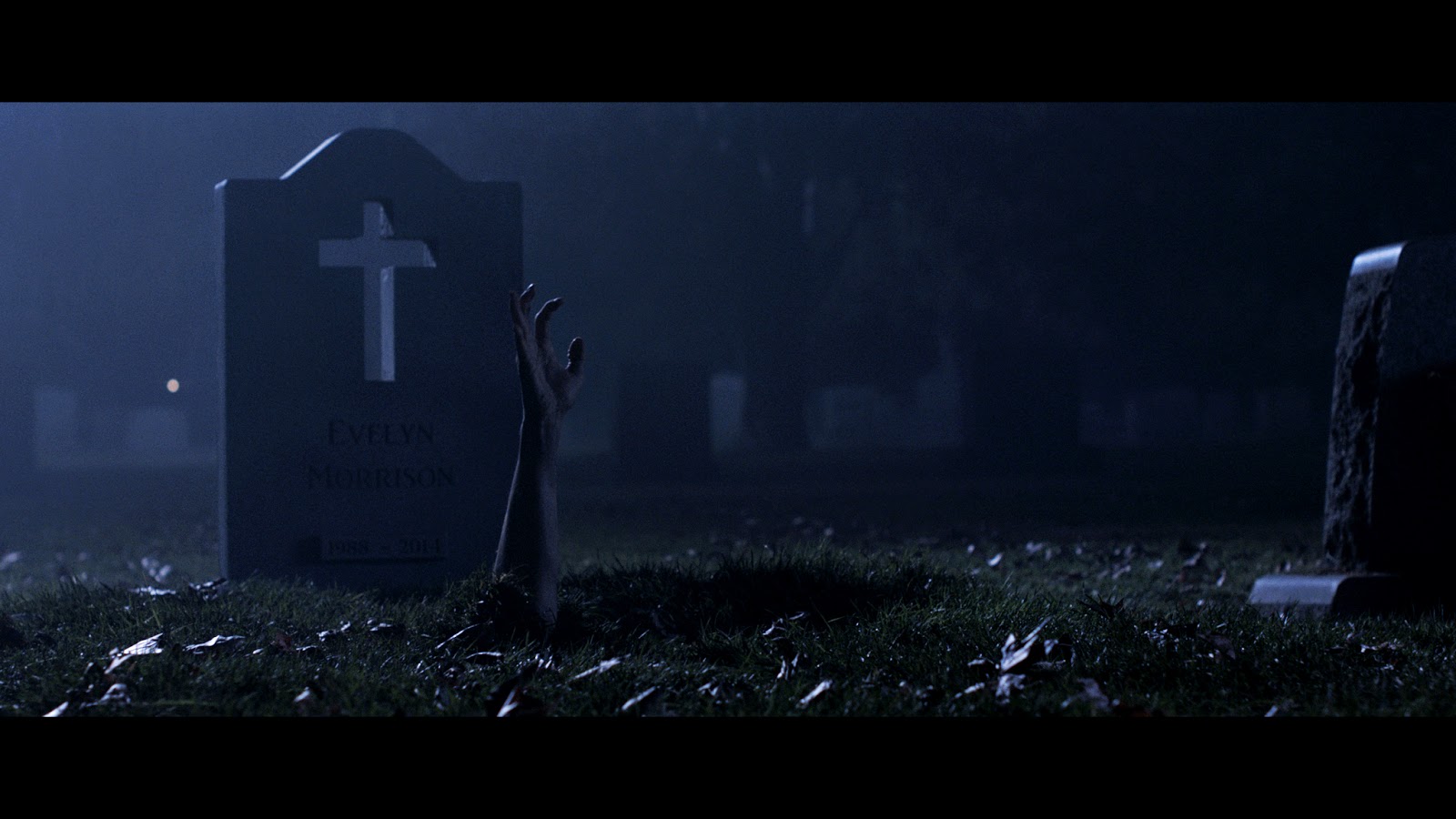 Last seen on the Venice Lido in 2009 with his acclaimed 3D horror The Hole, Joe Dante returns to the festival with the disappointing schlock fest that is Burying the Ex. All I wanted to bury was my head in my hands during the screening of this tired, cheap and cliché-ridden film.

Our hero is Max (Anton Yelchin), a shop assistant at Boo Mary’s, selling Halloween costumes and horror gimmicks while classic horror movies play on a loop on a TV screen. His girlfriend Evelyn (Ashley Greene) is an eco-blogger who – despite being up for skipping work to have sex with Max when a consignment of naughty nurse costumes arrives – is not actually that much fun.

She hates it when Max’s lothario half-brother Travis (Oliver Cooper) shows up, though to be fair he does have a threesome with a couple of good-time girls on her nice paisley sheet. She makes Max eat vegan and she’s not interested in his consuming passion for horror. When Evelyn eventually moves in with Max goes about transforming their home into an eco-friendly abode, ruining his horror movie poster collection in the process. And when they go for an ice-cream at the I Scream parlour, she goes bitchily ballistic at the parlour owner Olivia (Alexandra Daddario) for flirting with her man. When Max decides to end things, he arranges to meet Evelyn only for her to be hit by a bus. But this is far from the end of their relationship. As Max seeks to forge a new relationship with Olivia, his kindred horror spirit, Evelyn scrapes her way out of the tomb and back into Max’s life.

Producer and writer Alan Trezza has said that Los Angeles is a real protagonist of this film, but we get rare glimpses of the city – mainly the Hollywood cemetery, where Evelyn is buried and where Max and Olivia consummate their relationship (and when she tells him the sex was worth waiting for, you wonder how good it could have been when he’s still wearing his boxer shorts and T shirt and she is similarly clad; added to that they had sex in the back of her very full car). The dialogue is stilted and the laughs are few. Evelyn’s character is a pastiche of the overbearing girlfriend that it is hard to believe she’d ever bother with this dopey shop assistant in the first place. Both girls are beautiful while Max is kind of meh. And when Max lets the hapless Travis try to eliminate zombie Evelyn to go on a date, you feel that Max has his priorities a little confused. This is also the second time at the festival that a vegan has come to a violent end (the other film was Hungry Hearts) – is anti-veganism the new misogyny?

The horror never scares and the laughs rarely come. This is a cheap and unpalatable film from a man who has given us so many more entertaining moments at the movies. As you watch the classic horror films playing in the background, you wish you could be watching one of them instead.