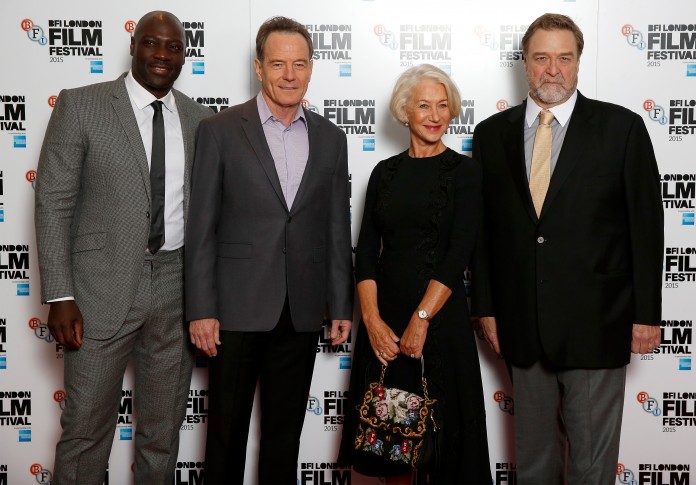 The second day of the London Film Festival brings with it another period tale of the struggle of a government sanctioned oppression. Jay Roach once again finds himself back in the past for his take on the tale of Dalton Trumbo and the political black hole of the paranoia of Communism in the US following the Second World War.

The film’s themes of censorship and suspicion are as prevalent today as they were in the 50s but the film does a fine job of finding the straits of humanity following the shock of the war. Cranston gives a career best performance in the film and was on hand at the film’s LFF press conference to go into more detail on the man and his legacy.

Bryan Cranston on the possibility of a Better Call Saul cameo.

Bryan Cranston & Helen Mirren give their thoughts about Blacklisting in Hollywood

Elle Fanning stars in trailer for ‘The Girl from Plainville’