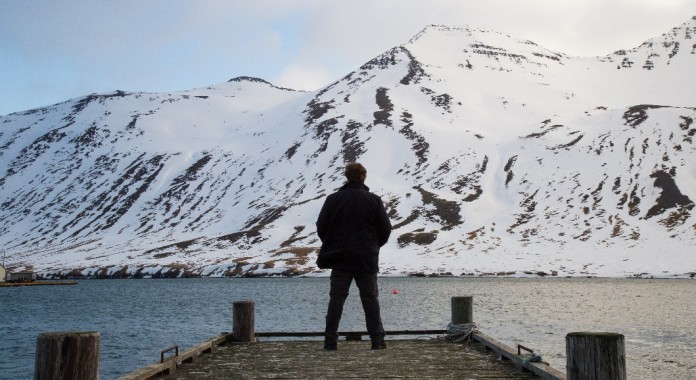 Arrow Films is pleased to announce the release of the complete first season of the thrilling Icelandic crime drama, Trapped. The series concluded on BBC Four on 12th March, and follows previous Nordic Noir hit drama series, The Bridge.

Originally titled Ófærð, and created by the directed of last year’s theatrical true-story epic, Everest, Baltasar Kormákur, Trapped is Iceland’s most expensive TV series.Premiering to 1.2 million viewers on BBC Four, the series centres around a remote Icelandic town, as a mutilated and dismembered body washes on the shore, an unidentifiable man murdered only hours ago.

As a powerful storm descends, local police chief, Andri (Ólafur Darri Ólafsson), must desperately try to solve the crime, realising that a killer has descended into his town. Whilst balancing his own personal issues, Andri must maintain control of the residents in his town, as they soon realise they are all possible suspects, too.

Shot over six months in Seyðisfjörður, a tiny coastal fishing village with a population of just 1,000, Trapped is a beautifully atmospheric drama. The desolate and bleak landscapes perfectly suit this Icelandic murder mystery, with the claustrophobic premise intensifying a major crime impossible to predict, in a town used to only local scandals and betrayals.

Feeling similar to the likes of Fargo, without the quirkiness, and Fortitude, and even on the same level as True Detective in terms of the intensity of the investigation, as well as popular Nordic dramas such as The Killing and Borgen, this psychological crime drama will have you trapped from episode one.

It’s style may feel close to many of our favourite crime dramas, but Trapped quickly makes a name for itself. Consisting of 10 episodes, it is a bit of a slow-burner with many characters and different backstories, but the constant twists and character struggles keep the tension high and the audience gripped.

As well as being an intense mystery, Trapped is also filled with excellent performances. Ólafur Darri Ólafsson leads the show, measuring at 6 foot 5 inches tall, with the deepest voice on TV and a snow-filled, grizzly beard, and it’s no wonder he’s become somewhat of an Icelandic heart-throb. He may not be your typical leading man for such a drama, but he’s why you’ll keep watching.

TRAPPED is released on DVD & Blu-Ray Monday 11th April through Arrow Films and Nordic Noir & Beyond. Special Features include The Making of “Trapped”