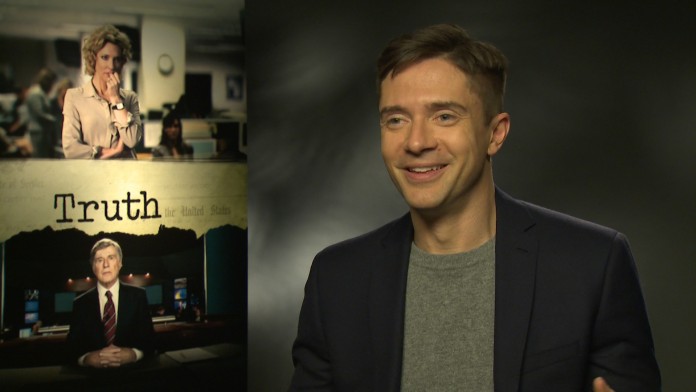 Familiar to viewers for his many TV and film roles, Topher Grace still exudes a youthful charm that belies his experience.

Even so, when we spoke to him recently about his new film Truth, he shared his fears about working with acting legends Robert Redford and Cate Blanchett.

Playing a young investigator in this movie, Topher also spoke about what he learned about journalism and the scandal that hit flagship American news report 60 Minutes.

The political and media firestorm that the original incident created may be fading from memory, but the film is sure to bring it back to light.

Topher added his own thoughts on what happened and how he approached playing his role in the movie.

Truth is on general release from 4 March

Cate Blanchett to star and produce ‘The New Boy’