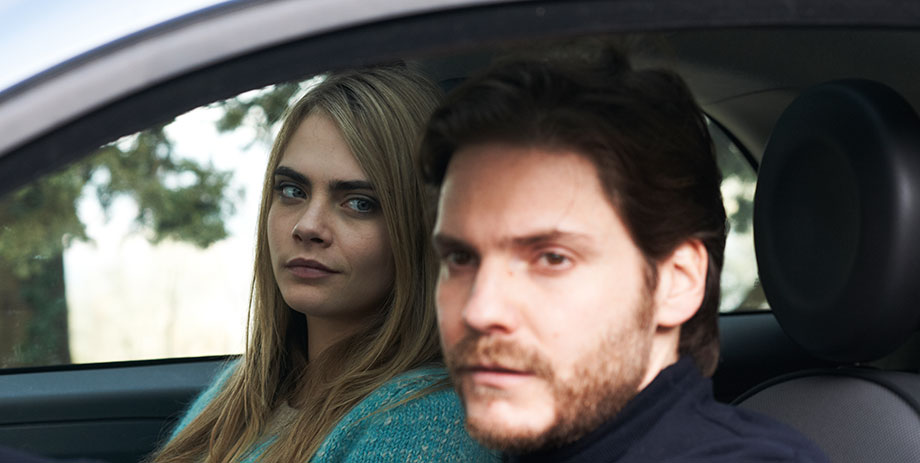 Michael Winterbottom is a prolific and commendably restless filmmaker, moving from genre to genre and from comedy to drama with ease. Never one to shy away from controversial material, he caught serious flak from certain quarters for his faithful, violent and misogynistic 2010 adaptation of Jim Thompson’s pulp classic The Killer Inside Me. His latest film The Face of an Angel, adapted from a book inspired by the Amanda Knox murder case, was dogged by rumours prior to its world premiere at TIFF that it might get pulled, as Knox’s lawyers made noises about the film being prejudicial to their client’s ongoing legal battle.

The Face of an Angel focuses on the activities of a filmmaker, rather than on the fictional stand-in for Amanda Knox or the mechanics of the investigation or trial. Thomas (Daniel Brühl, Rush, The Fifth Estate) arrives in Italy in the midst of the media circus around the trial, with the intention of developing a feature film adaptation of a book about the case written by American journalist Simone Ford (Kate Beckinsale). In his wanderings about the town where the trial is taking place, he meets young English student Melanie (Cara Delevingne), bartending to help pay her tuition fees (or so we assume, but with her upper class accent it’s hard to believe money is an issue for her). Daniel is struggling to come to terms with the recent separation from his wife and the geographical distance from his daughter, and while Melanie is much older than his child, they develop a relationship which is equal parts muse (a deeply romantic young woman, she points him in the direction of Dante for inspiration), parent, and a link to the community of young English speakers that accused murderer Jessica Fuller (Genevieve Gaunt) inhabited.

Thomas interacts with the many players in the drama of the trial, all of them offering different perspectives on the crime and the accused, some clear eyed and plausible, some far-fetched and sinister. As he tries to absorb all that he is presented with, the certainty he arrived with breaks down. He finds writing his script increasingly difficult and resorts to the ill-advised crutches of alcohol and cocaine to try and focus his thoughts, becoming more and more at odds with his British producers as he moves away from the film they have commissioned him to make.

The trial is the vehicle for a character study of Thomas rather than itself forming the narrative; unfortunately, the central character isn’t particularly appealing or interesting, but several of the supporting characters shore up our interest in him. Cara Delevingne is particularly good as the sweet but strong willed Melanie, and the presence that has made her so successful in modelling translates well into the realm of acting. Kate Beckinsale floats in and out of the narrative without making much of an impression, but Corrado Invernizzi certainly does, as the mysterious and possibly unhinged Francesco, bringing a frisson of malevolence and danger to every scene in which he appears.

It’s hard to see what all the fuss was about on the part of Amanda Knox’s lawyers, as the film certainly doesn’t condemn her fictional counterpart. As one would expect from Winterbottom, this is a well-constructed, often intriguing drama featuring very good supporting performances, but it’s let down by Brühl’s less than riveting character at the centre of the story.