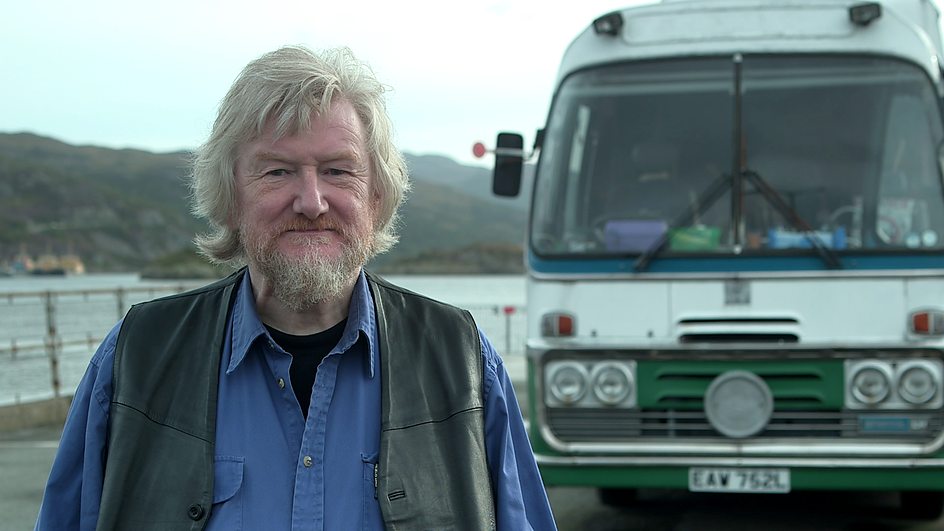 For centuries the only way for citizens of Skye to cross Loch Alsh was by ferry, until in 1995 a bridge was opened connecting the Isle of Skye to the mainland (via the small island of Eilean Bàn). Although hailed as a technological marvel by many the bridge wasn’t without its detractors, most of whom lived on Skye itself. An organisation, called SKAT, was soon established by islanders who opposed the government’s imposed tolls, which cost drivers using the Skye crossing fourteen times as much as those using other such toll bridges. Though ultimately successful in their campaign to abolish the fee, the endeavour took a toll of its own.

For people of a certain age in Scotland, myself included, the independence referendum seemed almost unprecedented in scope. Normal people who had never shown an interest in politics before were picking up placards and producing propaganda, the international press was showing an almost absurd interest in the parliament at Holyrood and the key figures involved had been campaigning for well over a year. For the people of Skye, however, indyref 2014 must have seemed like small fry, a flash in the pan, a passing fad. SKAT’s campaign lasted for almost a decade.

At first you may wonder what all of the fuss was about. Skye is the second largest island in Scotland, has a population of roughly 10,000 people and boasts a number of well-stocked towns and villages. It seems reasonably self-sufficient — though now of course it has a whopping great bridge connecting it to the mainland, and the mini-metropolises of Dornie and Plockton. The protests were often so good-natured that you couldn’t imagine there was all that much at stake. The sticking point, however (and it really was a sizeable spanner in the works) were the tolls, which by all accounts were tantamount to extortion. It cost a shocking £5.40 to drive your car across the Skye Crossing in its heyday — each way! — and double that if you dared to trail a caravan along for the ride. It cost the local populace dearly, and threatened to devastate the tourist trade.

There’s no denying that Robbie Fraser has found an interesting subject for his documentary; this relatively little-known episode in recent Scottish history is not only sobering but still relatively nascent — not so much with regards to the recent referendum but certainly in the case of Turnberry and Donald Trump. The villain of the piece is not the Tories or the English (at least, not entirely) but corporate America. According to the film — and, it seems, history — the money raised was not being invested back into the roads or used to benefit the local community but was instead disappearing overseas. Unfortunately, the Bank of America declined to comment and remains conspicuously quiet throughout the film. By contrast, the other interviewees — protesters and politicians — are incredibly candid about the whole thing.

This renders the film utterly one sided, as islanders and mainlanders alike refer abstractly to the alleged real culprits and — with them — the other half of the story. Instead, Fraser zooms in on the minutiae of the situation — the personalities involved and the individual protests they put together. It makes the story more personal, undoubtedly, but at the price of narrative coherence. The mark of a good documentary is the ability to find the universal themes in obscure topics — to appeal to the widest audience possible, no matter how esoteric the subject — but Fraser gets so caught up in the specifics that he risks alienating his audience. It’s nice to meet the people involved, but the film becomes so bogged down in personal rivalries, parish politics and PFIs that it all gets a little confusing and impenetrable. You can’t replicate reality in 94 minutes but you can tell a story.

One of the most effective elements of the film has nothing overtly to do with Skye at all. Scenes from a Scotland-set black and white film are interspersed throughout the documentary — completely irrelevant to the subject at hand and yet strangely apt at the same time. It adds to the film’s light-hearted tone, but is little more than another distraction. The simple pleasure of these isolated skits only emphasises how convoluted the rest of the film has become. You want to feel solidarity for the people of Skye, to cheer them on as they take on the government, the establishment, corporate America, anyone really who stands in their way, but instead you begin to cool to their cause. SKIT has ruined lives, not simply causing rifts between members and inconveniencing the poor men and women whose job it was to collect the toll but contributing to the Procurator Fiscal’s apparent nervous breakdown.

While not as compelling as You’ve Been Trumped, nor as gripping as Fire In The Night or The Great Hip Hop Hoax, The Bridge Rising is a welcome continuation of the recent resurgence in Scottish documentary filmmaking. The setting is beautiful, the subject is scandalous and the characters are engaging (rivals Robbie The Pict and Andy Anderson could have easily sustained their own documentary) but in choosing complexity over clarity the filmmakers have sort of lost the plot.

The Bridge Rising will be screening once more at the Aberdeen Film Festival on Sunday.

Exclusive Interview: Robbie Fraser on Final Ascent and the Legend of Hamish MacInnes