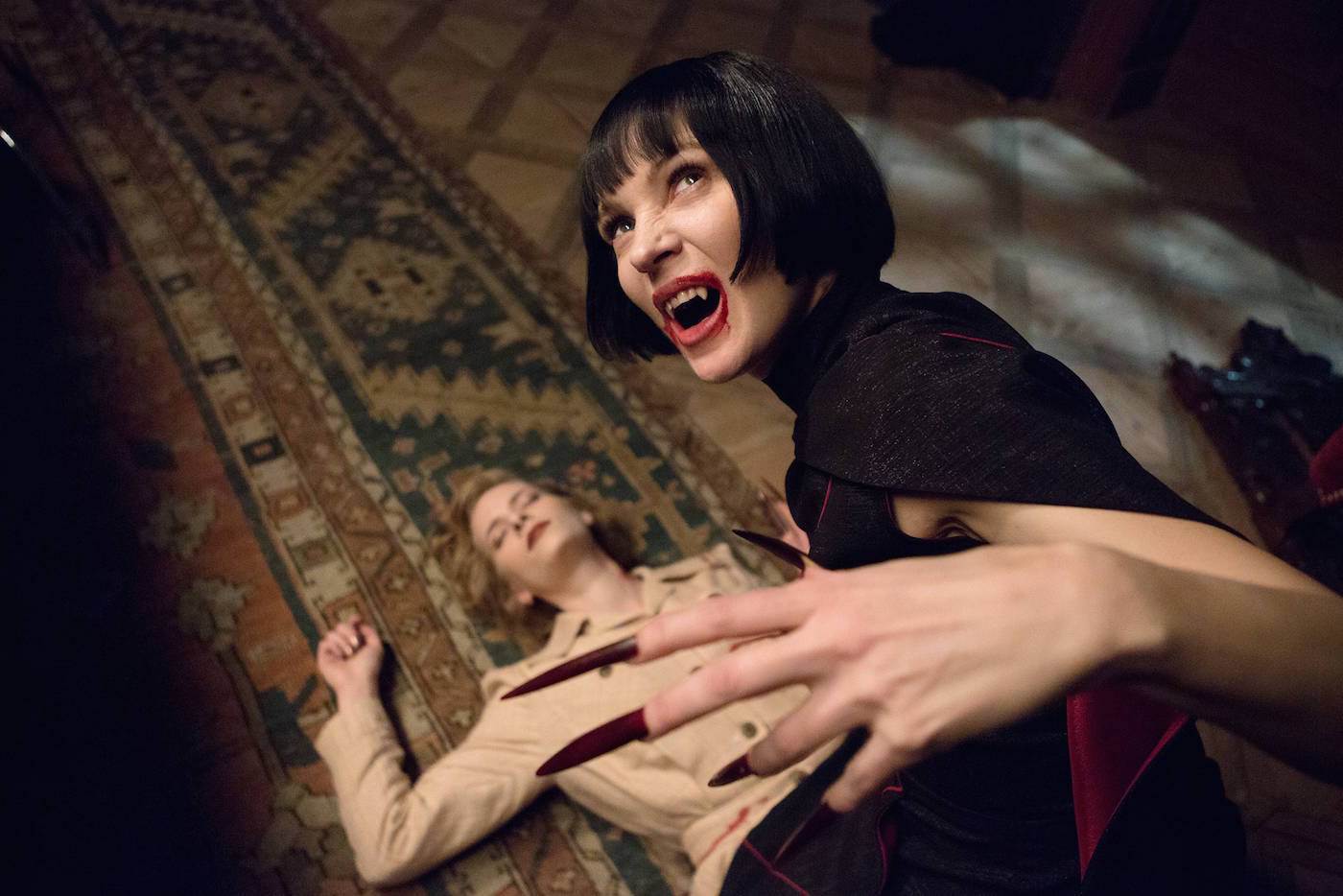 It’s 1911, Vienna, and Dr Sigmund Freud (Karl Fischer) is using a young artist named Viktor (Dominic Oley) to help explore the symbolism of his patients’ dreams. One such subject is Count Geza von Közsnöm (Tobias Moretti), an ancient vampire living on the outskirts of town who is struggling to come to terms with the death of his first love centuries earlier.

While von Közsnöm takes an interest in Viktor’s girlfriend Lucy (Cornelia Ivancan), a woman who bears an uncanny resemblance to the late vampiress, the Count’s current wife (Jeanette Hain) reaches out to the artist himself, commissioning a portrait after decades of being unable to see her own reflection.

It is testament to the versatility of the vampire myth that even now storytellers are finding new ways to portray one of cinema’s most ubiquitous monsters. However, unlike other contemporary filmmakers convinced that the only way to achieve this is by deconstructing or subverting the established conventions and iconography, writer-director David Rühm has gone in the opposite direction. Shot like an homage and played like a pastiche, Therapy of a Vampire’s greatest innovation is not that it defies expectation but that it actively panders to it.

Rather than hone in on specific aspects of the mythology to scrutinise anew, he takes a more holistic and old-fashioned approach that works a treat.

The effect is extraordinary; at once nostalgic and unexpectedly novel. Rühm’s vampires feel incredibly familiar, archetypal even, when in fact they recall a composite image rather than a specific example. These are vampires in the Bela Lugosi vein, by way of The Addams Family, that originate from Transylvania, who can transform into animals, and are able to hypnotise their victims; who can’t survive in the sun, abide garlic or enter a private residence without an explicit invitation. There’s a purity to the film, but a sense of playfulness too.

Arch, indulgent and spectacularly camp, the film even goes as far as to incorporate Sesame Street’s Count von Count’s proclivity for basic arithmetic. You can’t help but smile at the unabashed sincerity of it, as von Közsnöm drops to his knees to count and account for fallen items.

Unfortunately, this vague suggestion of OCD is about as close as Therapy for a Vampire comes to any kind of psychological study. Count von Közsnöm jokes to the doctor that he is not one for self-reflection, while the Countess is shown to be hopelessly vain, but that seems to fulfill the film’s titular obligations towards therapy.

Of course, it doesn’t take Sigmund Freud to apply a psychoanalytical framework to the supernatural, so inherently psychosexual is the vampire concept, but that doesn’t make the title any less of a misnomer or justify Freud’s presence in the film.

Therapy for a Vampire functions rather more successfully as a piece of feminist fiction, for while its three main leads might be male the characters with the most agency are both women — Lucy, in particular. With both Viktor and von Közsnöm looking to mould her to their own liking, Lucy fights for the right to be her own woman — undead or alive.

It’s hard not to compare Therapy for a Vampire with What We Do In The Shadows, last year’s premier vampire comedy from New Zealand. Of the two, however, Rühm’s film — a Swiss-Austrian co-production — is substantially sleeker and more consistent. Its sumptuous visuals and studiously Gothic sensibilities are all part of the charm, but the key to Therapy for a Vampire’s success is that at its unbeating heart it’s simply a very, very funny farce.