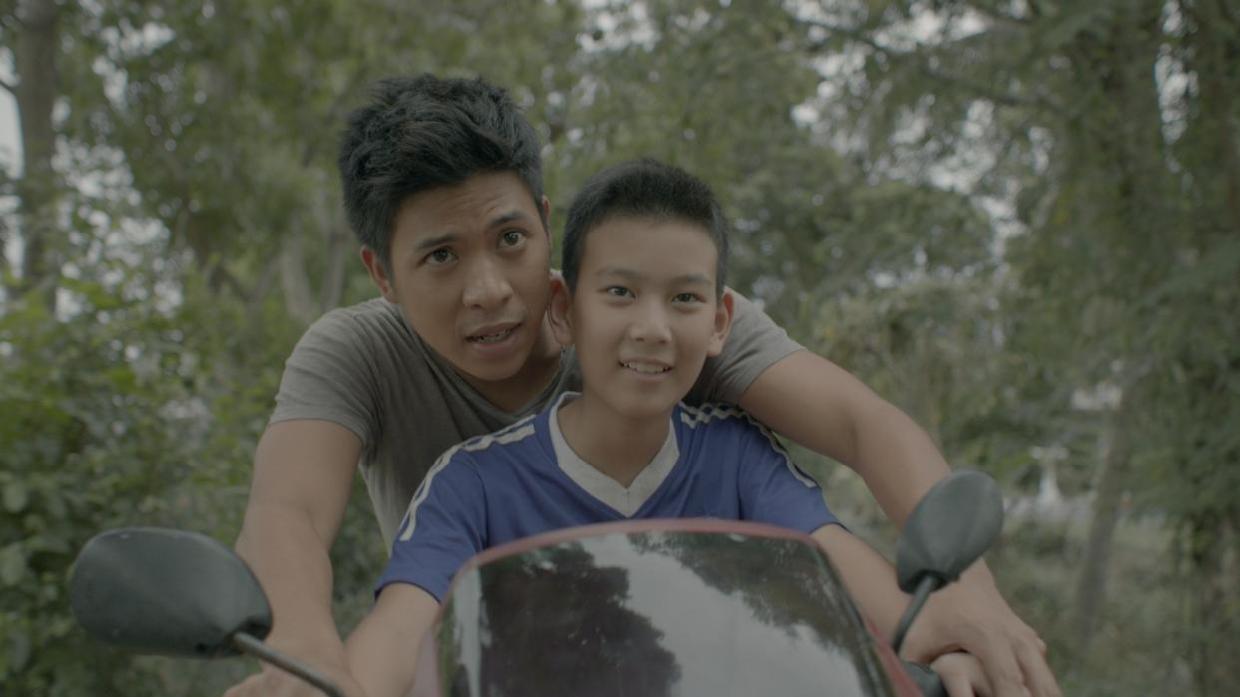 In Bangkok, Thailand, an official summons to the annual military draft prompts a 21-year-old Oat (Toni Rakkaen) to recall his older brother’s experiences with the lottery, many years previously. A decade earlier, Oat (Ingkarat Damrongsakkul) and Ek (Thira Chutikul) had been living with their aunt when the fateful letter arrived from the government. At the time Ek had been dating Jai (Arthur Navarat), a rich young man from a respected family, and was working as a waiter at a local gay bar to support his own. When Oat overhears Jai’s parents bribing a local businessman to ensure their son’s immunity from the draw, he naturally decides to do the same to secure his brother’s fate, too. By choosing to achieve this through duplicity and theft, however, his actions have serious ramifications for both of their lives.

Itself based on two separate short stories — At the Café Lovely and Draft Day — both taken from Rattawut Lapcharoensap’s anthology Sightseeing, How To Win At Checkers (Every Time) is also an extension of Josh Kim’s previous project, a short documentary also titled Draft Day. At once a refreshingly positive and unpretentious exploration of homosexuality (the fact that Ek is gay is almost completely incidental) and a subtle piece of social commentary (criticising not only the military’s approach to gender identity but it’s vulnerability to corruption), at its heart Kim’s feature length debut is an innocent and inspiring coming-of-age story, in which a young boy seeks to transition to adulthood by beating his older brother at his favourite game.

Although born in Texas in 1981, the one-time documentarian recreates a 1990s Thailand that feels lived-in and authentic, and which gently subverts a number of common Western misconceptions without going out of its way to educate or inform. Instead, Kim’s film is surprisingly soft and lyrical; a relatively small-scale drama that nevertheless weighs heavily on its audience’s emotions.

The main conflicts may be pretty predictable, but the characters are so beautifully performed and the film so perfectly paced that it’s still a pleasure to see them play out. Certainly, How To Win At Checkers (Every Time) is no melodrama — there are no narrative machinations or emotional manipulations at work — it’s just a heartfelt ode to brotherhood. The closest they come to falling out is when Ek buys Oat an expensive burger for his birthday, only for the youngster to regurgitate the unfamiliar foods in front of Ek’s peers.

Newcomer Ingkarat Damrongsakkul is a real find as Oat; it’s a relatively complex role, requiring him to essentially grow up on screen over the course of two hours, but one that he tackles with the utmost competence and confidence. Chutikul and Navarat are outstanding too, both in their more intimate scenes together and the lighter moments they share with their pre-op transsexual friend Kitty (pointedly played by Natarat Lakha). Arguably the biggest scene-stealer, however, is older actress Vatanya Thamdee, who plays Auntie.

With her charges swept up in the idealism of youth and the romance of adolescence, she remains the face of dogged realism throughout. It’s because the ensemble is so memorable that the film’s framing device is so disappointing — it’s difficult enough to determine its importance to Oat’s story, while it doesn’t even touch on the futures of the other characters. The contemporary scenes with the older Oat just don’t feel necessary at all.

A sweet, good-natured and well-observed family drama, How To Win At Checkers (Every Time) understands its setting almost as deeply as it understands its characters. Anyone looking for the answer to checkers success might be disappointed, but everyone else should find something to admire and engage with in Kim’s profoundly winning film.

Edgar Ramírez on the enduring, adventure-filled thrills of Jungle Cruise