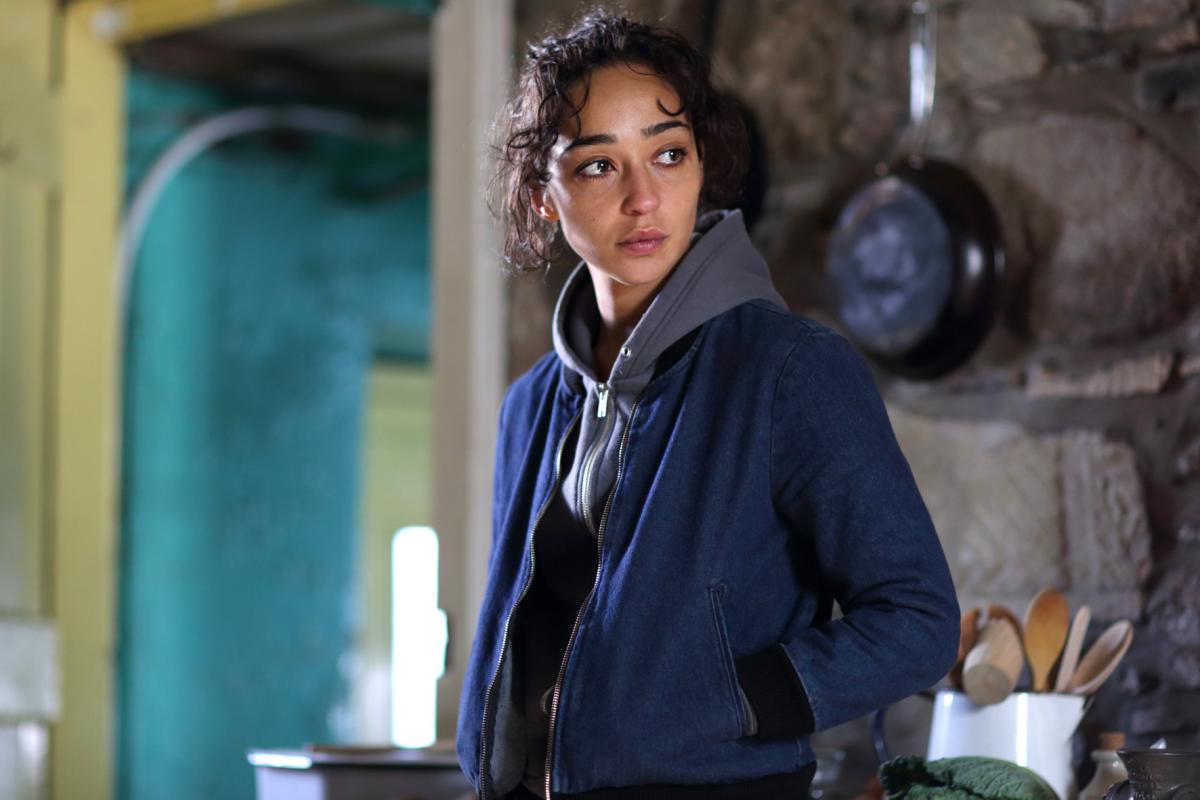 When her son attacks and kills her boyfriend during an attempted rape, Iona (Ruth Negga) drives Bull (Ben Gallagher) and the body of her ex out of Glasgow, disposing of the latter on the Isle of Iona, her namesake. Having lived on the island until the age of fifteen, Iona revisits the house in which she grew up and rekindles an illicit romance with the man (Douglas Henshall) who helped raise her there. Iona’s resurgence doesn’t go down too well with sister-of-sorts Elizabeth (Michelle Duncan), particularly when the latter’s daughter begins to show an interest in Bull.

When it played at the Glasgow Film Festival back in 2013, director Scott Graham’s first feature film showed a lot of promise. In Shell, the Aberdonian writer-director’s tendency towards scant dialogue and relatively uneventful scenes was a perfect fit for the premise of an over-familiar father and daughter with little left to say to one another after a lifetime spent in each other’s pockets. It felt real, authentic and potent; and at the time it was exciting to imagine what the director might do next — how he might adapt his filmmaking to fit another setting, scenario and ensemble.

Unfortunately, sophomore effort Iona is simply more of the same (right down to the nominal soundtrack), only this time rather than complement the onscreen drama it conflicts with it. Far from being a story of a suffocating woman struggling to escape a close familial relationship, Iona concerns a woman choosing to reconnect with a family she hasn’t seen in over a decade. Where once the absence of dialogue spoke volumes about the relationship between two people growing increasingly inter-dependent, in this instance it tells the audience exactly nothing about a community who — if Graham were still being realistic — would actually have everything to say.

Although it opens with a violent crime — an inciting incident that might just as well have served as Iona’s conclusion, too — nobody overtly references it until over half-way in. Instead, characters sit in stoic silence, staring at one another as Graham cuts from once pointless scene to another with rhyme, perhaps, but precious little in the way of reason.

Characters make eggs, characters repair stone walls, and characters carry other characters over fields, always at length and never to any obvious end. Though at times almost laughable, for the most part Iona’s overblown obtuseness is simply infuriating. The actors do their best, everyone hinting at an inner tragedy and turmoil that never leads satisfyingly to action, but it’s difficult to empathise with characters who act so artificially. It’s interminable, pretentiously so.

Some might describe Iona as bleak or beautiful — presumably referring to the isle’s landscape rather than the islanders themselves, though even that is underserved by the film — but to most the first word to mind would likely be boring. Like Agents of SHIELD co-star and Shell actor Iain De Caestecker, Negga puts in a terrifically nuanced performance for Graham, only this time he doesn’t do an awful lot with it.