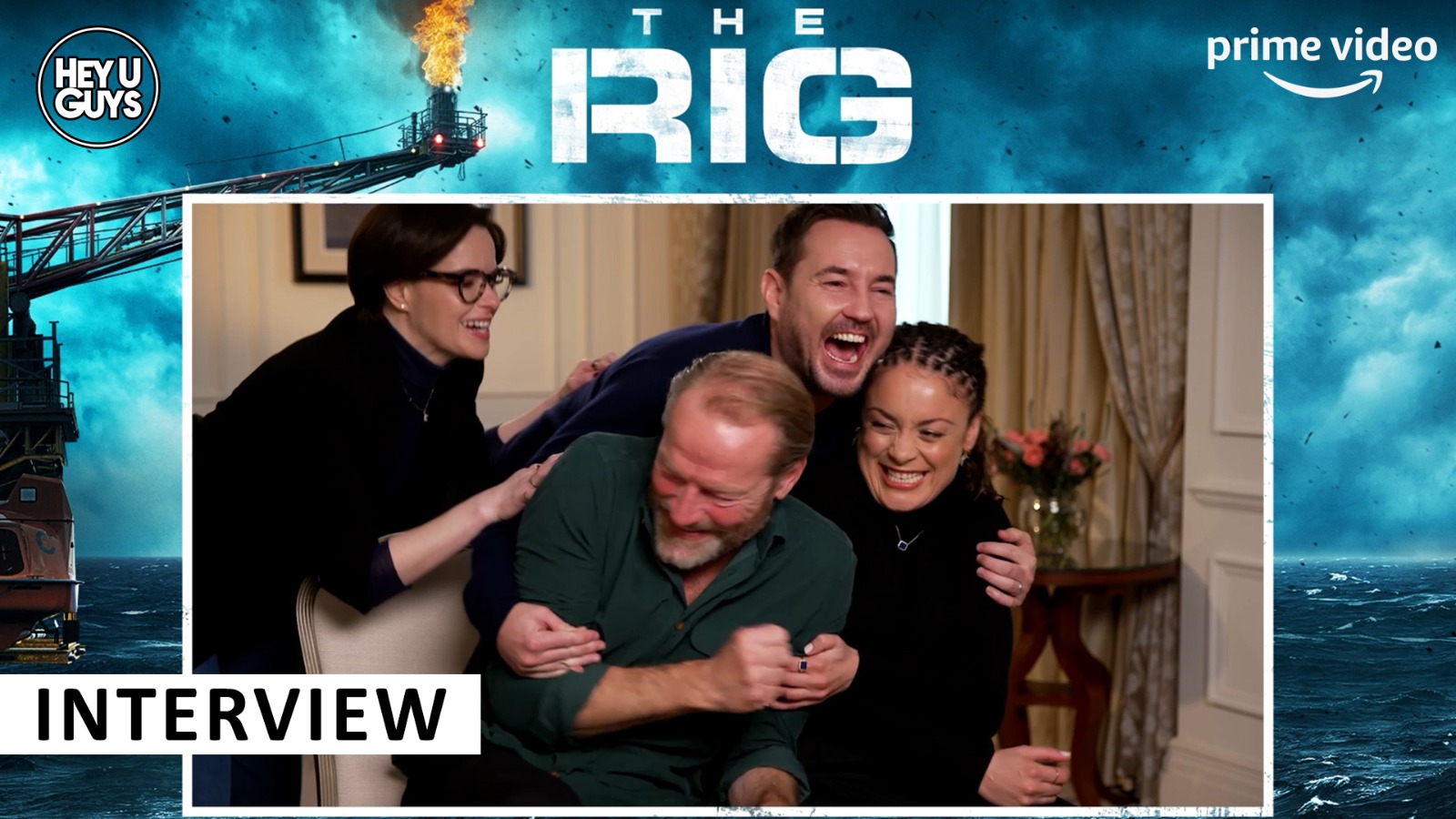 The Rig is a brand new supernatural thriller series, directed by the legendary John Strickland, and is making its way to Prime Video on January 6th. While the show may be entrenched in mystery, and dark themes, our two interviews with leading cast-members were quite the opposite, as we had a lot of fun chatting about this brilliant new series with Martin Compston and Emily Hampshire, as well as Iain Glen and Rochenda Sandall.

Of course we speak about the themes of the show, and shooting in Scotland, as well as working with Strickland and the other members of this talented ensemble. But we also speak about cups of tea and battered chocolate bars. We also speak about the challenges and joys for actors in being a part of successful series, as of course in Compston and Sandall we have two members of the Line of Duty collective, while Hampshire is renowned for her role in Schitt’s Creek, and Glen in Game of Thrones. Be sure to watch both interviews in their entirety below.

The Rig follows the crew of the Kinloch Bravo oil rig, stationed off the Scottish coast in the dangerous waters of the North Sea. When the crew are due to return to the mainland, a mysterious and all-enveloping fog rolls through and they find themselves cut off from all communication with the shore and the outside world. As they endeavour to discover what’s driving this force, bonds are broken, allegiances formed and generational fault lines exposed. The crew of the Bravo will be driven to the limits of both their loyalties and their endurance, into a confrontation with forces beyond their imagination.

The Rig launches on Prime Video on January 6th

“Shut it down…” Dramatic trailer lands for Amazon series ‘The Rig’