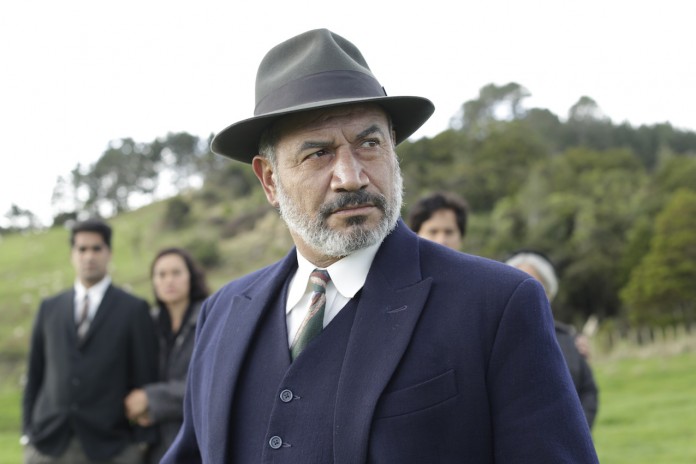 Having spent the last two decades making the majority of his films in Hollywood, Die Another Die director Lee Tamahori returns to his native New Zealand for the first time since Once Were Warriors (1994) – again to depict the Maori culture, albeit in somewhat more tender circumstances. Though depicting a culture generally unexplored in mainstream cinema, The Patriarch borrows from the Western genre, making for a film that consists of a relatable family dynamic, using various pop-culture references to illustrate the narrative, informed by classic American cinema.

Based on Witi Ihimaera’s novel Bulibasha: King of the Gypsies, we delve into rural New Zealand in the 1960s, and focus in on the Mahana family – led by the tyrannical Grandfather (Temuera Morrison). Living on a farm with his wife Ramona (Nancy Brunning), he runs a tight ship, with high, and somewhat unrealistic expectations placed upon his grandchildren, and in particular, the insubordinate Simeon (Akuhata Keefe). The youngster has grown tired of the demands placed upon him, and as such runs the risk of alienating himself from his ancestors, particularly when falling for a classmate from rival family, the Poata’s.

At its core, The Patriarch is a traditionalist coming-of-age story, as we watch how this teenager navigates his way around an ever-changing society, discovering who he is and what he wants to achieve in life, as long as he can escape the clutches of his oppressive Grandfather. Keefe shines in the leading role, not only encapsulating the rebellious nature to the role, but adds a vital, deadpan touch to his demeanour, which serves and informs the gentle tone of the production. There’s a Romeo and Juliet narrative bubbling under the surface too, but it never becomes a prevalent theme, which is handy, for Tamahori already has too much on his plate – as the leading criticism of this endeavour is the needlessly convoluted narrative, as we studiously explore a myriad of themes and profound sub-plots.

It’s balancing such contrasting elements which are to the film’s detriment, particularly during the latter half when we cover an incredible amount of ground, weaving clumsily between harsh flashbacks of rape, to sombre themes of cancer – all taking place amidst a comedically inclined sheep-shearing content, as Tamahori struggles to identify the tone and focus of this piece. But the one consistent is the sweet, tenderness on show, diluting the more severe, poignant aspects with a geniality that ensures this remains an undemanding, entertaining piece of cinema.

The Croods’ world is evolving in new trailer for ‘The Croods 2: A New Age’