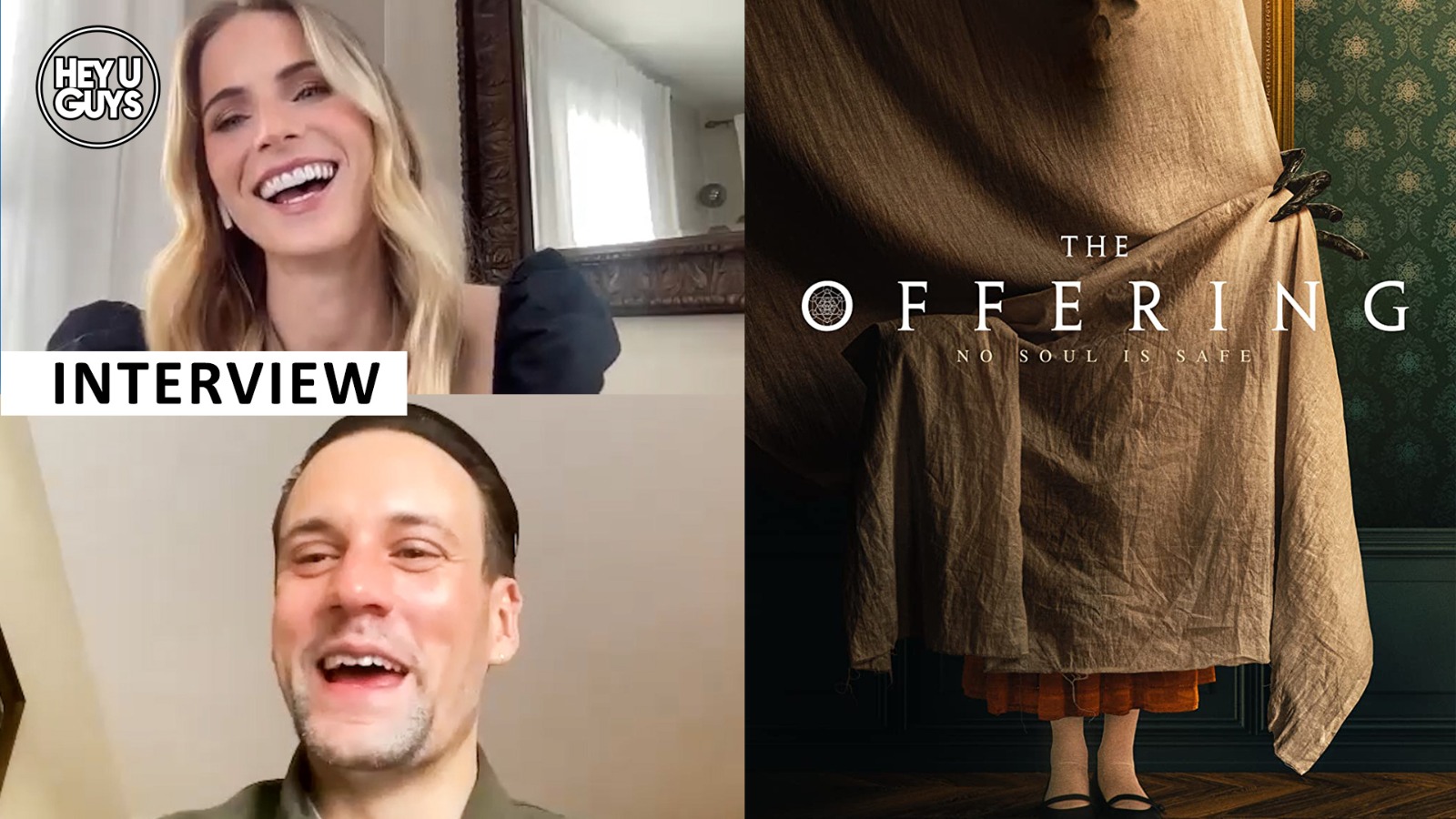 The Offering is released this week and to mark the occasion we spoke to its leading duo of Emily Wiseman and Nick Blood. The pair, both somewhat new to the horror genre, discuss adapting to this style of filmmaking, and what audiences can hope to take away from their experience watching the finished product.

Of course it’s not just this project we discuss, as Blood has featured in the MCU series Agents of S.H.I.E.L.D. as well as in the Star Wars franchise spin-off Andor, though the British actor admits he’s never actually it. Naturally we ask why.

The son of a Hasidic funeral director returns home with his pregnant wife in hopes of reconciling with his father. Little do they know that an ancient evil lurking inside a mysterious corpse has sinister plans for their unborn child.
The Offering is released on January 13th