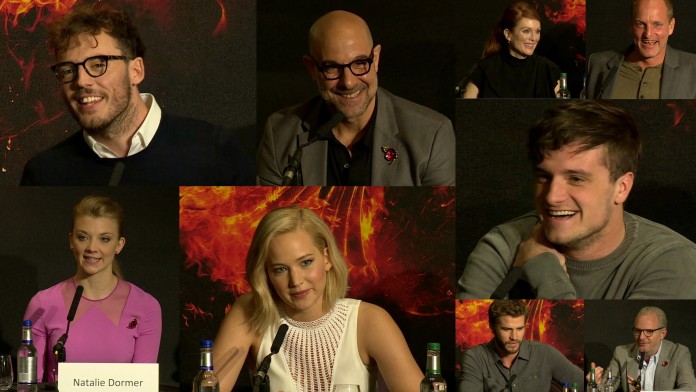 We were very impressed with the final film in the Hunger Games series, giving Mockingjay Part 2 a four star review.

Francis Lawrence returns behind the camera to adapt Suzanne Collins’ final book which, naturally, was split into two films. The film arrives in UK cinemas on the 19th of November and sees the revolution in Panem explode into a full scale war. Jennifer Lawrence returns as Katniss Everdeen, Josh Hutcherson, Liam Hemsworth are also seeing this one through to the end.

Donald Sutherland, Julianne Moore, Philip Seymor Hoffman, Natalie Dormer and practically everyone else in the world is in this film. Mockingjay Part 2 arrived in London this week and held two press conferences, both of which you can find below.