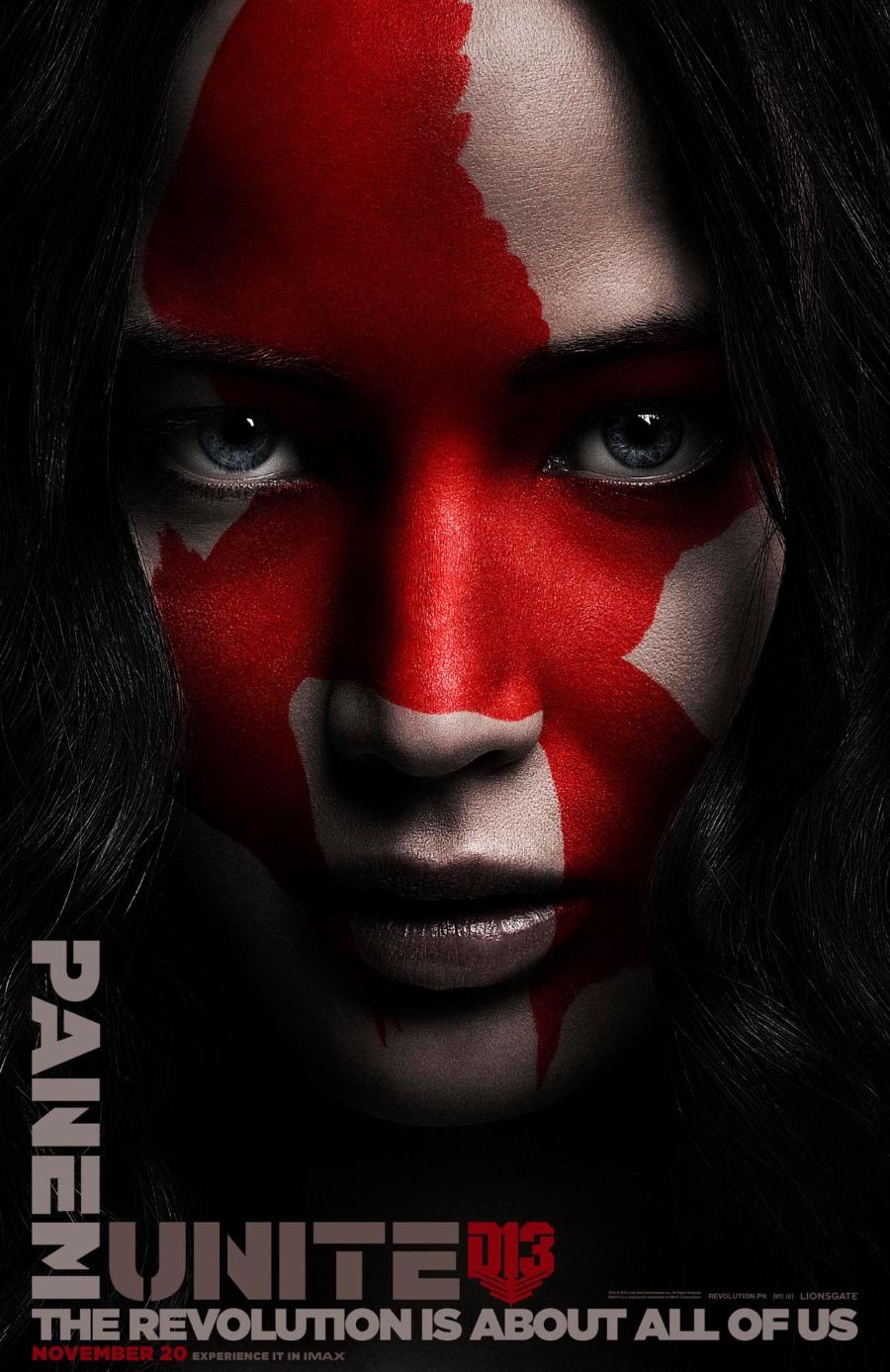 Not long now until we get our final quarter of The Hunger Games film series and with things not looking so good for President Snow we have a number of war painted faces to pour over before the 19th of November comes around.

These eight posters show off our defiant souls hell bent on storming the Capitol and restoring some sort of fair order to the Districts. They were released ahead of the 2015 Comic-Con, at which Lionsgate’s film will have its final panel, and very handsome they all look too.

Here you are, get clicking to make them all big.