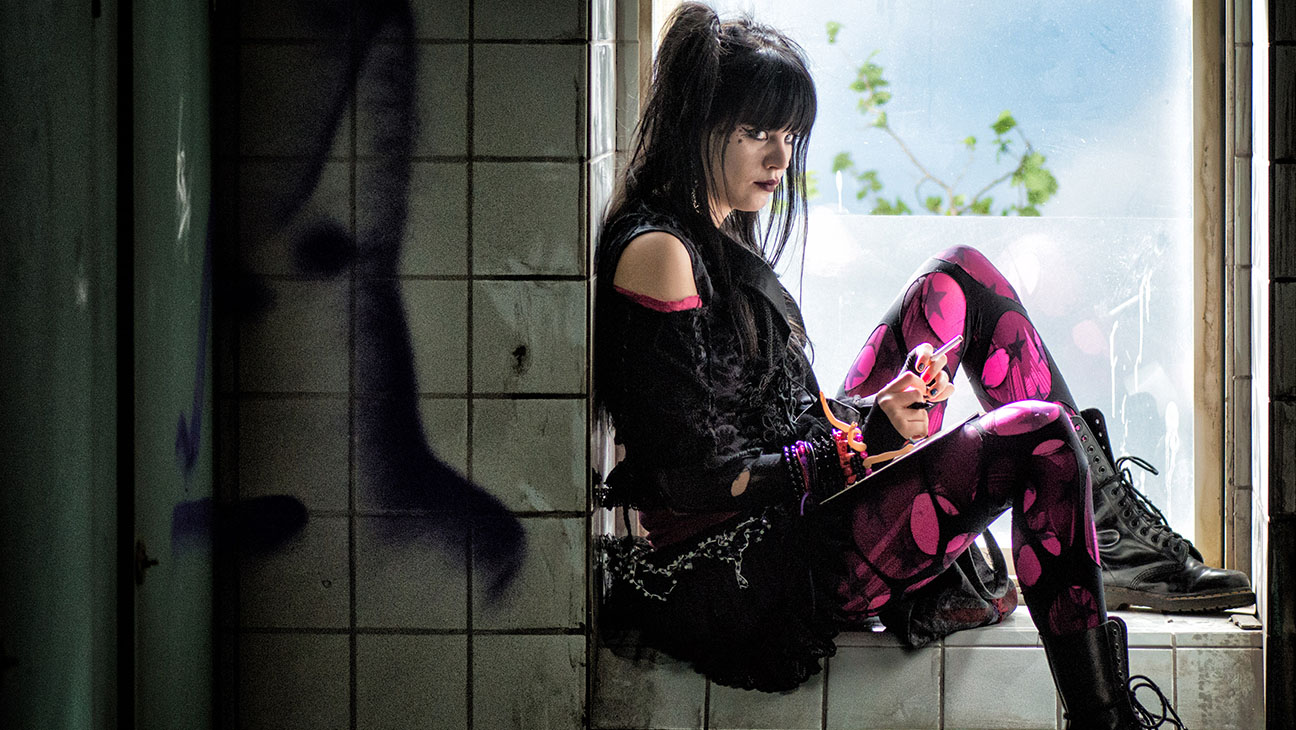 When a troubled male student (Gustav Lindh) is found dead in the girls’ toilets, the incident is hastily labelled a suicide by his head teacher (Ruth Vega Fernandez) and blindly accepted by most of his peers. For best friend Linnea (Leona Axelsen), who discovered the body with bookworm Minoo (Irma von Platen), however, such a convenient conclusion doesn’t quite fit.

Stranger still, Linnea and Minoo, alongside fellow students Rebecka (Josefin Asplund), Vanessa (Miranda Frydman), Anna-Karin (Helena Engström) and Ida (Hanna Asp), begin to manifest supernatural abilities. As the supposedly isolated tragedy becomes a spate of suicides, the would-be witches begin to suspect that there might be more to their school than meets the eye.

Based on Mats Strandberg and Sara Bergmark Elfgren Young Adult novel of the same name — the first instalment in the pair’s Engelsfors trilogy — The Circle (or Cirkeln) focuses on the supernatural inhabitants of Bergslagen, a real township in central Sweden that might otherwise have been mistaken for a subarctic Sunnydale. The sophomore effort of Levan Akin, who previously directed Swedish festival favourite Certain People in 2011, the film is perhaps most notable for featuring a soundtrack by ABBA alumnus Benny Andersson, who also served as producer.

With the American film industry currently struggling to find a worthy successor to Warner Bros’ Harry Potter franchise, it’s probably about time genre fans looked elsewhere. The Circle is certainly a more promising contender than most.

For starters, it really does looks the part. A combination of striking cinematography and sterling special effects, The Circle often feels more like an art film than your typical genre blockbuster, much in the same way that Catherine Hardwicke’s original Twilight film did back in 2008 before the introduction of psychic werewolves.

It’s also nicely performed, with Akin’s cast — an indistinguishable combination of established talent and relative newcomers — doing some great work, both individually and as an ensemble. Less plot driven than you might expect, the film spends a surprising amount of time with the girls’ families, giving the actresses a lot more to work with than blanket exposition and stock incantations, and contextualising the characters. These insights into the characters’ psyches make the inevitable emergent theme of female empowerment all that more satisfying, with Engström in particular commanding a real sense of retributive justice.

Unfortunately, this comprehensive approach to its man characters — of which there are six — means that The Circle is well over two hours long. The problem is that it doesn’t have nearly enough plot to justify that sort of run-time, meaning that the narrative flat-lines even as the characters come to life.

Even more infuriating is the fact that, come film’s end, you don’t really have a clear sense of what has been accomplished, who the villain of the piece actually was, and even how magic within the film’s mythology works. It’s entirely possible that answers to these questions are being saved for a sequel, but rather than inspire intrigue these ambiguities only serve to irritate. Perhaps what the narrative is lacking is a single protagonist, because with so many battling for screentime it can get a little confusing.

There is also the issue of who exactly The Circle is being pitched at: it’s darker than your average Young Adult adaptation — perhaps not The Hunger Games, but certainly Harry Potter or Twilight — and deals with themes and language that would seem to exclude younger audiences. Only, its high school setting isn’t likely to appeal to as many adults as it might children.

There is much to like in The Circle, and should the series continue there is every chance that it could grow into something genuinely special, but as a first instalment it doesn’t quite hit the mark, or even fulfill many of the simplest obligations. In a genre where many books are being split across two movies, The Circle could have used a little creative conflation.