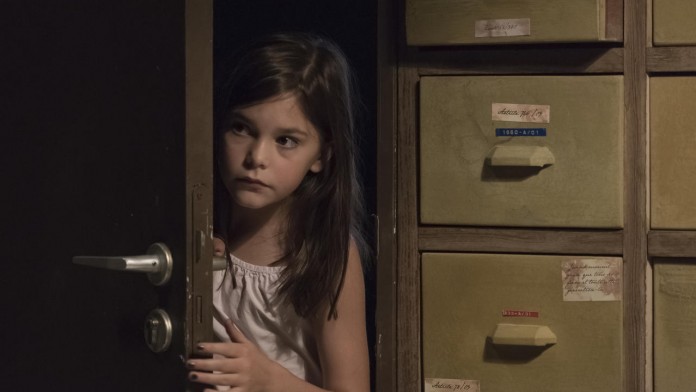 We’re very proud to be debuting the new trailer for Jaco Van Dormael’s forthcoming film The Brand New Testament, which arrives in UK cinemas on the 15th of April.

Taking a closer look at Van Dormael’s latest film reveals a delightfully subversive take on religion. God is real, lives in Brussels and isn’t doing a very good job. The day-to-deity is grinding him down and having the whole world on his watch is causing problems between him and his daughter. Oh, yes – God has a daughter.

The new trailer is below, following a selection of great images from the film – definitely a Gilliamesque quality to this one.

Trailer!
The trailer will play after the advert.

THE BRAND NEW TESTAMENT – Directed by Jaco Van Dormael (Cannes sensation and BAFTA-nominee TOTO THE HERO) comes a poetic, magical, hilarious comedy in which God is real…and lives in Brussels. On Earth, he is a coward, with dubious morals and an odious antipathy toward his family.

His daughter, Ea, can’t stand being locked up in a small apartment in such an ordinary city. So she decides to revolt against her dad. Hacking his computer and leaking to the entire world the dates of each of the population’s death, she causes a global pandemic and heads out to find her own set of disciples to spread a new testament of joy and kindness.