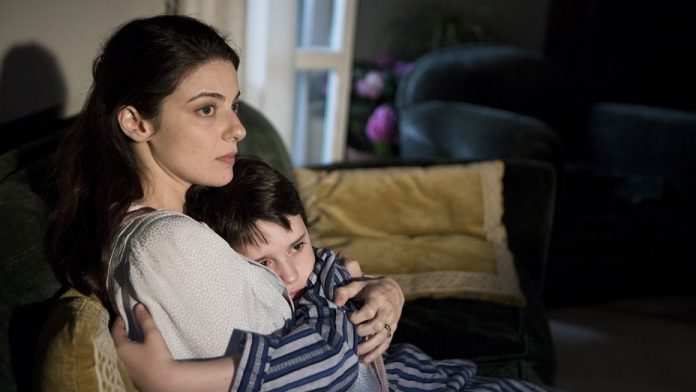 Within the impressive oeuvre of Italian auteur Marco Bellocchio, in a career behind the camera spanning across six decades – the director has picked up several Palme d’Or, Golden Lion and Golden Bear nominations, and with his latest showing Sweet Dreams, he’s shown no signs of slowing down, in what a meticulously crafted, striking study of grief, based on a journalist’s very own memoirs.

The aforementioned writer is Massimo Gramellini, portrayed here by Valerio Mastandrea, who suffers the heartbreak of losing his mother at the age of nine. Left under the guardianship of his father, Massimo struggles to overcome the tragic incident, haunting him right through his teens and into his adult life. His father withheld vital information about his mother’s death, but did leave behind a sincere passion for football, with their apartment a stone’s throw away from Torino FC. It’s an enthusiasm that never tires, and Massimo becomes an accomplished sports journalist. We watch on as he navigates his way around every day life, beginning a relationship with a doctor named Elisa (Bérénice Bejo) – who exudes a certain warmth that once belonged to his mother, as an affair that is emblematic of the protagonist’s relationship with women. But the one who matters most, his mother, is the one he still feels he has so much more to learn about.

There’s a beautifully implemented, grainy aesthetic to this piece, placing the viewer in the era being depicted (beginning in the 1960s). The entire film is gratifying to look at, as even the lighting is so scrupulously put together, as a film that is darkly lit for the best part, particularly in Massimo’s family home, with the only means of illumination coming from the crack in the door that’s ajar, a slither of moonlight that highlights the only thing in the frame that is important (the character’s face), like a spotlight. The visual experience is enriched also by the indelible score which contradicts the narrative in remarkable fashion. When Massimo’s mother dies there’s an almost enchanting composition playing, sounding like fairground music and adding an ethereal touch to proceedings.

This is representative of a film that thrives in the harsh realities of the real world, using very human themes – such as grief and loss to evoke emotion – and yet maintains a heightened take on reality. A subtle sense of surrealism is prevalent throughout, which is fitting of the filmmaker’s style, and of modern Italian cinema in general, and the work of Paolo Sorrentino and Matteo Garrone to name just two.

The performances remain strong throughout the endeavour, and it helps matters tremendously when smaller, supporting roles fall into the lap of talented performers like Bejo and Emmanuelle Devos. The young Massimo, played by Nicolo Cabras, impresses in his breakthrough role, while the older version, taken on by the pensive Mastandrea, bears a similarity to a certain Michael Fassbender – physically, mainly, but also in the way he acts, which isn’t too bad a compliment. On both counts.