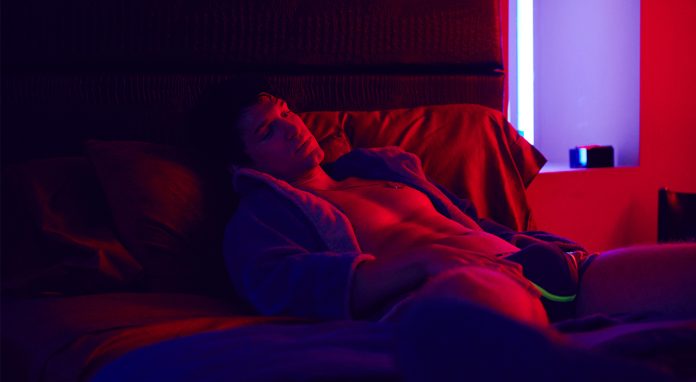 Stephen’s home-run business soars thanks to Brent Corrigan’s increasing popularity but Lockhart soon realises his value and demands a bigger slice of the pie. An ugly fall-out ensues which sees both their reputations tarnished and queues the involvement of opportunist Joe and his boy-toy/co-worker Harlow (Keegan Allen). The pair run a smaller, less successful enterprise named Viper Boys, while their extravagant lifestyle has put them half a million pounds in debt. Joe hatches a plan to escape their debt by enlisting Lockhart to star alongside Harlow in a new Viper Boy’s video (entitled ‘The Fast and the Curious’) and he will stop at nothing to make it happen.

Kelly’s contained, intersecting approach to this ripped-from-the-headlines story endows the film with an intimacy and tautness and allows us to become entangled and empathetic with each character’s predicament. However, the film’s ending squanders this effective build up in a rushed spurt of drama which is awkwardly wedged into the last ten minutes of the narrative. Strong acting across the board does somewhat atone for this; Clayton provides a charismatic, lively lead performance while Franco puts in a fabulously unhinged turn.