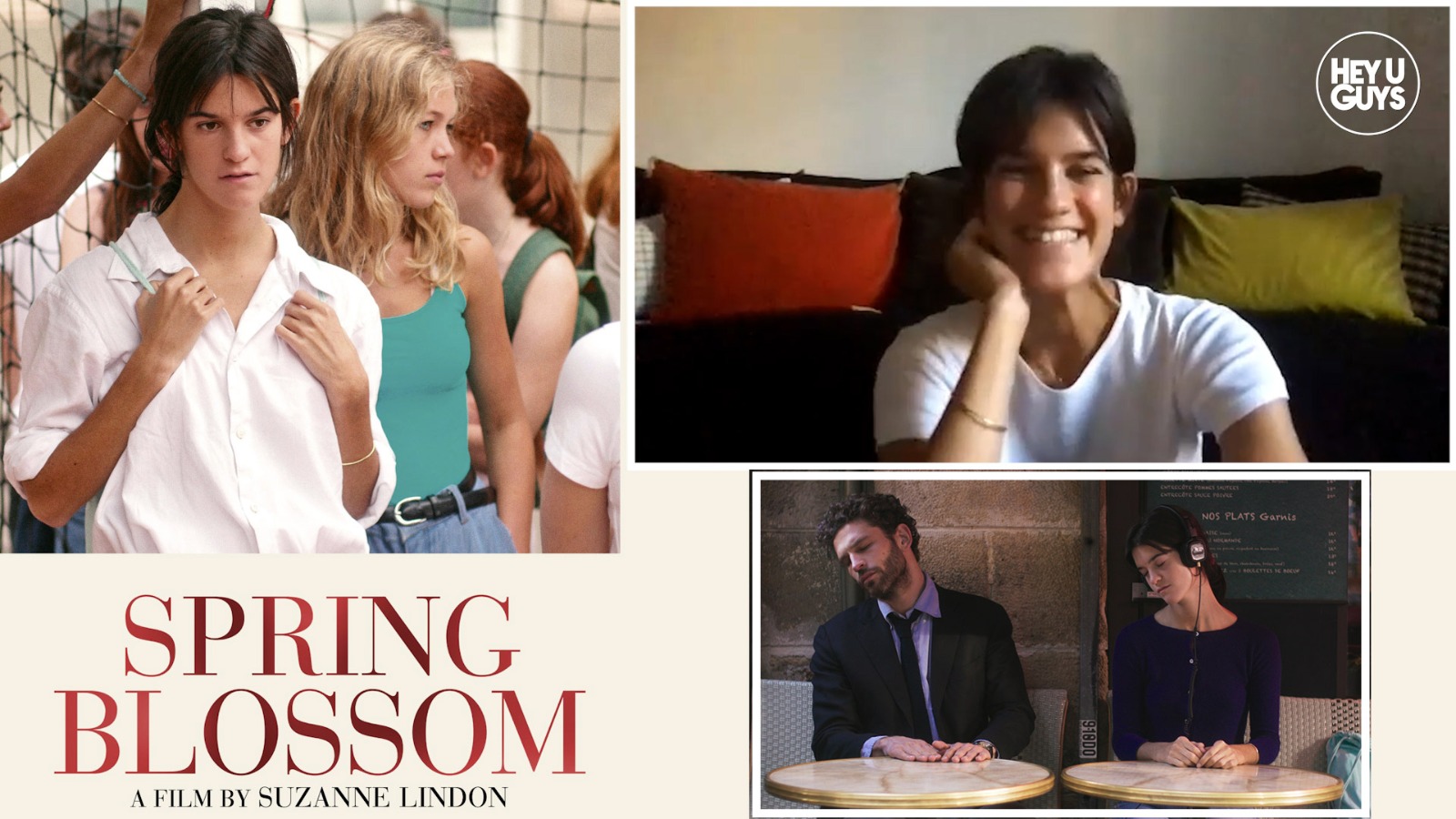 Not sure about you, but when I was 18, I wasn’t quite equipped to make the bed, let alone write, direct and star in a movie. But then not many can, which is what makes it so remarkable that French star Suzanne Lindon managed it, and not only that, but it resulted in such a brilliant movie too.

Spring Blossom played at the Toronto International Film Festival last year, and it was to mark its premiere there we spoke to Lindon, and given the film is now coming out in the UK, we’re excited to finally share it with you.

We, of course, discuss her achievements at such a young age, and what inspired her to go ahead and do this now, a job most people would merely push back as something to do when they’re older. She speaks about relating to her character (she plays the lead, obviously) and if they shared a sense of maturity, way above their years. She also talks about collaborating with Arnaud Valois (120 BPM). She also talks about growing up in a rather famous family, as her parents Sandrine Kiberlain and Vincent Lindon are two of the biggest and most respected French actors working today. And we ask her what’s next, and believe us when we say this, but we genuinely can’t wait to see what this young talent has in her locker.

A 16 year old girl, bored with her own age group, becomes involved with an older man at a theatre she passes.