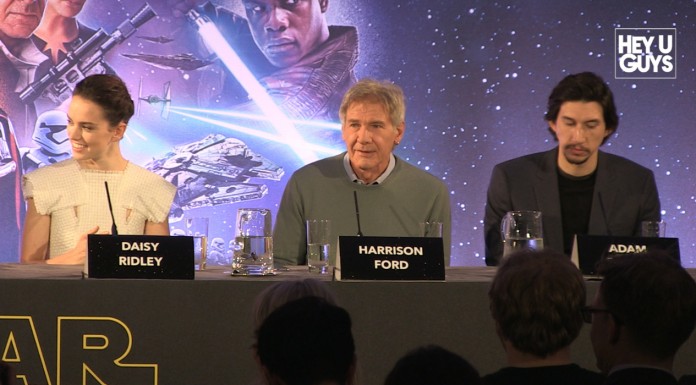 The press tour for the new Star Wars film has arrived in London. Returning to the country where much of the saga has been shot, J.J. Abrams and Co. were on fine form as they greeted the UK press today.

This morning the great and good of the new trilogy welcomed the UK press to their door and we were there to film the entire event.

Firstly we have a clip of Harrison Ford talking about his involvement with the forthcoming Young Han Solo Star Wars film, to be written by Lawrence Kasdan.

Our review of The Force Awakens is here, our filmed reaction is below as are our other video interviews.