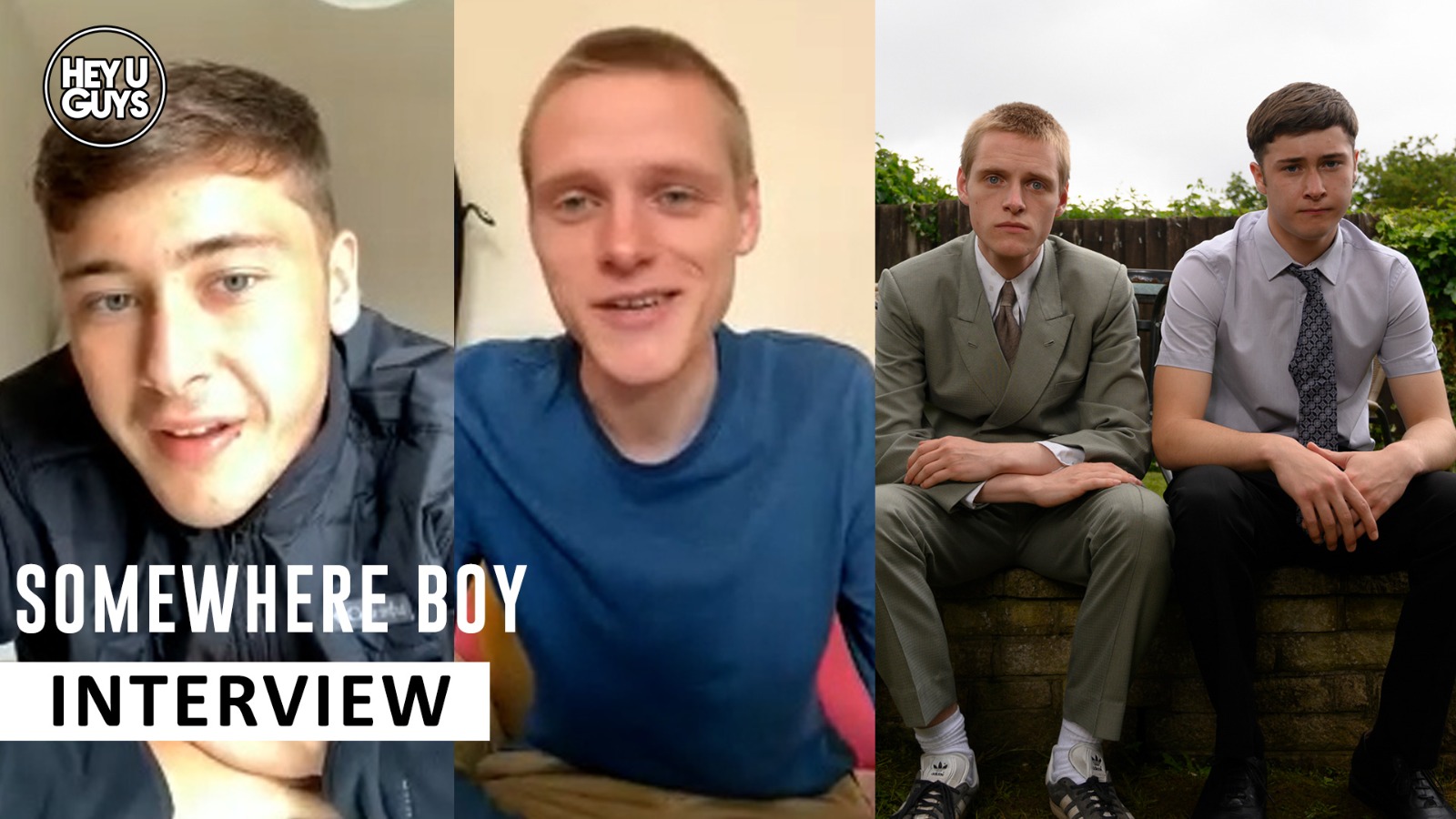 Most commonly when doing interviews for films or TV shows, they’re in advance of its release or launch. But in the case of Somewhere Boy, the new series on Channel 4, given its airing last weekend, we’ve been able to conduct the interview knowing full well that the public and critics alike have really taken to this story. So we asked the two leads about it, when we had an enjoyable chat with stars Samuel Bottomley & Lewis Gribben.

The duo talk about their joy in the positive reaction, and on their characters they play, and the themes explored – as the series balances the tricky tonality between comedy and drama, as a show that has a light touch to it at times, but remains profoundly quite dark. They also speak about working together which thankfully seemed a good experience, as Gribben basically confirms to us that a second series is in the works…

When Danny was a baby, his mum was killed in a car crash. Overwhelmed with grief, his dad bought a house in the middle of nowhere and locked Danny in, telling him that the world outside was full of monsters waiting to take him away. Just like they took his mum. For 18 years, they just stayed in, listening to records and watching old movies with no sad endings. But when Danny turns 18, his whole world explodes in an instant, and he has to come to terms with a new world he never knew existed.

Somewhere Boy is available to watch now on All 4.