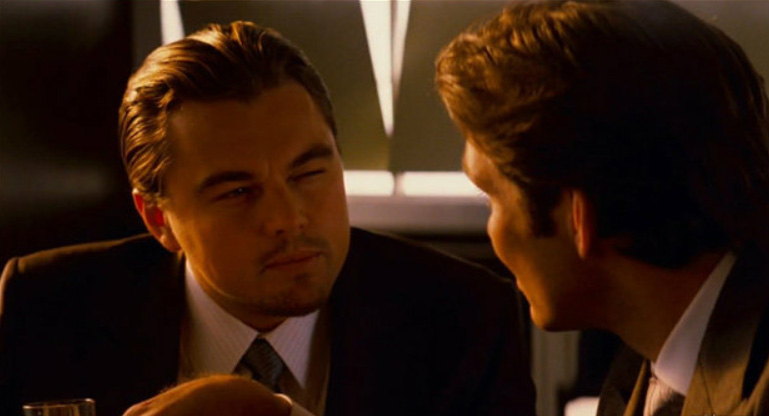 Cinema has a habit of putting us through a bout of emotional turbulence dependent on genre: quite understandably, horror films scare whilst comedy films make you laugh (if the film is successful in their intentions, mind). But every so often, there is one element which rears its head, regardless of genre, that is best deployed in the final scene… ambiguity. Capable of both blindsiding an audience or simply confusing them, opting to shroud a film’s climax with a cloak of uncertainty is a brave filmmaking decision, and one that can break everything that has come before it.

Below, I count through six examples of how an ambiguous final scene can prove an undoubted success, opening the ending up to countless interpretations that will be mulled over forever more.

And hey – be careful out there…

Mike Nichols’ seminal 1967 classic sees Dustin Hoffman’s aimless recent graduate Benjamin Braddock seduced by older woman Mrs. Robinson (Anne Bancroft), before falling in love with her daughter, Elaine (Katharine Ross).  As the film draws to its close Benjamin, almost sociopathic in his behaviour, is convinced of his love for Elaine, and in a memorable final scene, gatecrashes her wedding to a fellow student. She runs away with Braddock, the two of them jumping onto a passing bus which drives away. A happy ending, right?

Although many would have it that Benjamin and Elaine are madly in love and went on to live a happy life together, the looks on each of their faces as the bus drives away tells a completely different story. As the excitement surrounding their actions dissipate, the smiles fade, the gazes fall and reality sinks in. Have they made the right decision? Do they love each other, or did Benjamin simply require something to aim for?

With these final moments, the ending is thrown into a mad state of uncertainty.

Stanley Kubrick’s masterful adaptation of the Stephen King novel has long been revered as one of the greatest horror films of all time, with help from popular culture references galore. Yet for all of its Redrums and ‘Heeeeere’s Johnny!’s, it is the creepily ambiguous ending of The Shining which lingers in the memory long after the credits have rolled.

A slow-burning shot of a photograph on the wall depicting The Overlook Hotel’s ball sixty years previous – however, lead character Jack Torrance (Jack Nicholson) impossibly stands at the front, surrounded by hotel staff and guests, exactly as he looks in the film.

Theorists have claimed that perhaps Kubrick was trying to symbolise how the hotel has kind of claimed Torrance’s soul, taking form in his presence in the photograph, whilst others state that Kubrick just liked messing with the audience’s mind.

Either way, that impossible photograph elevates this film into a supernatural territory that successfully spooks in a big way, and asks numerous questions – one being, was Torrance in that photograph before he ever arrived at The Overlook?

It’s no surprise that a Coen Brothers film (or two) has made it onto this list. Renowned for ending their films in madcap ways it’s probably less of a surprise to learn one of these is Barton Fink, their 1994 mind-bender surrounding John Turturro’s playwright-turned-Hollywood-scriptwriter. Tying together two recurring strands from the film (a picture on Fink’s hotel wall and a package given to him by John Goodman’s ‘devil’-next-door, Charlie Meadows), the final scene is an example of an ending that determines your stance on what you have just watched.

After being told by Capitol Pictures that he must remain in Hollywood, despite their refusal to produce anything he writes, Fink wanders onto a beach in a daze, clutching the unopened package. An unknown woman sits in front of him and, following a cryptic interaction, consequently replicates the exact photo seen on his hotel room wall. Add to the mixer a Seagull swooping into shot, before dropping dead into the sea and the result is one of the Coen Brothers’ most surreal film endings to date.

Has Hollywood pushed Fink’s mind over the edge? Is he blurring reality or fantasy? Or are these events merely a figment of his imagination? Interpret as you will.

Austrian auteur Michel Haneke is renowned for crafting bleakly realistic films, championing real-time action as a device for tension as opposed to quick-paced editing. Hidden was no different: depicting married couple Georges and Anne who are antagonised by a series of surveillance videotapes left on their porch. After what at first seems like an anonymous disturbance, the tapes soon lead Georges’ to Majid, an Algerian man who has links to his past.

As the film endures, so does the mystery – intensified even further by the closing shot of the film; a static surveillance camera merely comprising of kids leaving school. However, the most observant viewer will spot Georges and Anne’s son Pierrot meeting with the son of Majid, the two of them having an unheard conversation.

Haneke cryptically concocts the moment to intrigue as these are two characters who the audience assumes have never met before. Although not clearing up the mystery of the videotapes, its ambiguity asks an even bigger question: if their children were responsible, what was their reasoning? Due to Haneke’s refusal to spell things out for his audience, there could well be many who failed to even spot the interaction, throwing the scene into an even larger cloud of ambiguity.

The Coen Brothers’ Oscar-nominated A Serious Man has been touted as their most personal feature thus far, the story following Michael Stuhlbarg’s Larry Gopnik, a Jewish school physician whose life crumbles around him from the start of the film right through to its end.

In the final few moments, many plot points raised throughout the film are addressed, including: Larry’s application for tenure; Larry’s decision on whether to pass or fail a student; and a chest X-ray he has midway through the film. Larry sits in his office as his department head enters, hinting how his tenure will be successful. On his desk, he then finds a bribe from the parents of the student who is desperate to pass, which he accepts. The scene is completed with a call from Larry’s doctor who requests to see him immediately to talk about the results of his X-ray.

In a simultaneous scene, Larry’s son Danny (Aaron Wolff) and his class at school are evacuated due to an oncoming tornado, and as his teacher struggles to open the school’s emergency shelter, A Serious Man ends with Danny looking on as the tornado looms.

Although ambiguous, interpretations can be made as to why the Coens decided to end their film in such a way. The tornado could represent the inevitable bad news the doctor is going to give Larry, whilst it could be suggested that its presence is simply karma rearing its head – as Larry, despite resisting bribery all film long, gives into temptation in the eleventh hour. But through the musical motif of Jefferson Airplane’s Somebody to Love (playing on Danny’s transistor radio as he stares at the tornado), the Coens somehow keep things typically upbeat despite the fact that things aren’t looking too bright for the Gopniks, which is ambiguous in itself.

Upon the release of Christopher Nolan’s Inception, with a cliffhanger the size of his ambition, a common noise heard throughout cinemas across the world were cries of frustration. Dazzling audiences with his original high-concept and beautifully shot action, Nolan introduced the world to Cobb (Leonardo DiCaprio) and his plan to implant an idea into the subconscious of a target (Cillian Murphy) whilst he is asleep, all so he can earn redemption for a crime he didn’t commit and return to America to be reunited with his children.

During one important scene, Cobb explains to Ariadne (Ellen Page), the architect of the group, that it is vital to have your very own totem – an item that can provide a wall between dreams and reality. Cobb’s is a spinning top – in reality, it topples, but in the dream, it spins on and on.

The film reaches its climax with Cobb successfully completing ‘Inception’, and when he arrives in America, he is granted entrance, finally cleared of his wife’s murder. In these last moments, Cobb arrives home, removing the spinning top from his pocket and spinning it. Caught off guard by his children, he embraces them. The camera pans down to the spinning top and fixing the camera in this position, Nolan immediately plants the idea that Cobb is dreaming this happy ending. Holding it for a few moments longer, the screen cuts to black – but had it begun to topple?

This is the question Christopher Nolan claims he has been asked more than any other in his career. Let’s leave it to the man himself to explain his views on the scene: ‘The real point is that Cobb isn’t looking at the top. He’s looking at his kids. He’s left it behind’. True as that may be, it’s hard not to come up with your own theory.

You may also like: Six of the Worst: TV Series Finales