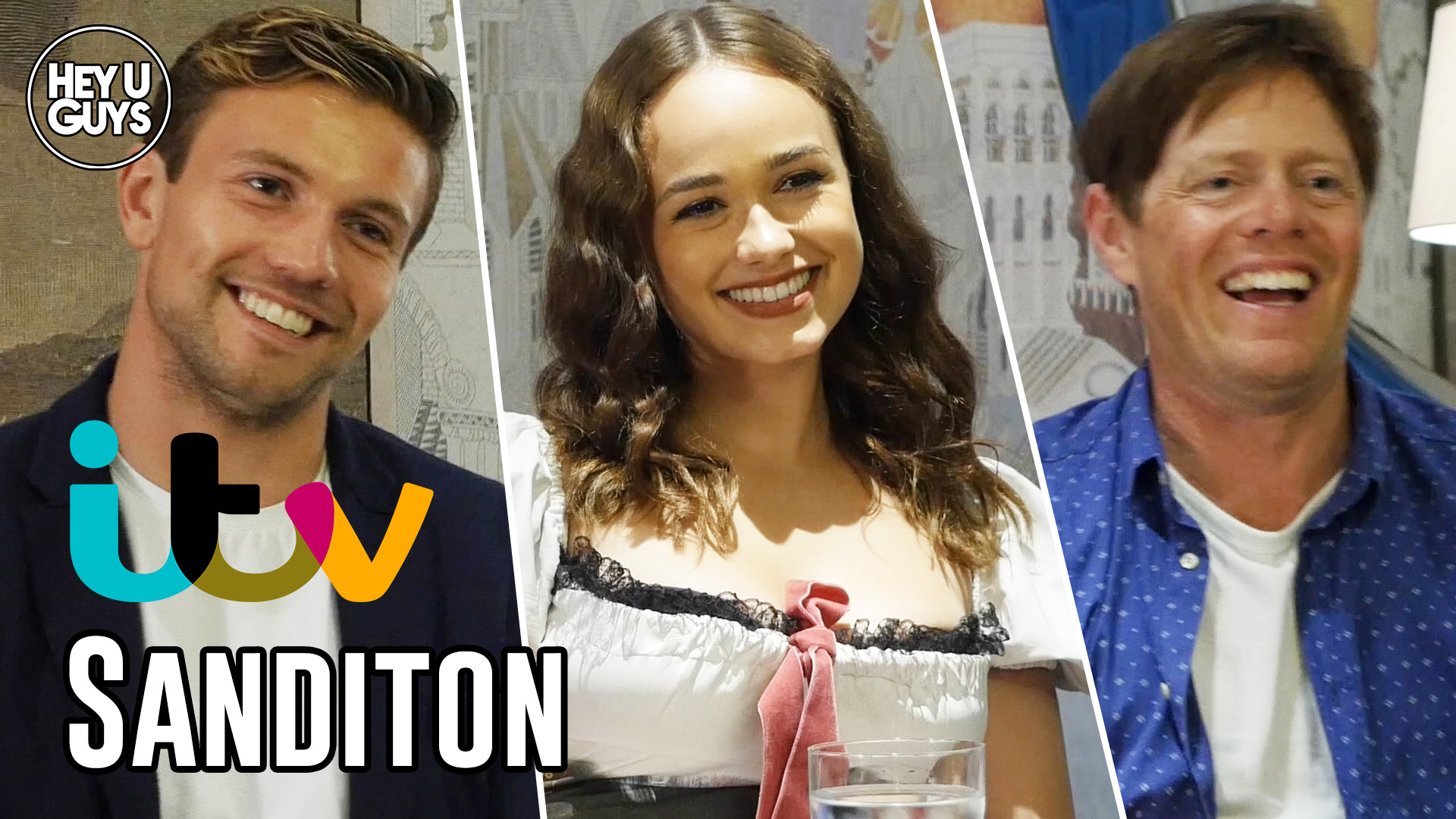 It is a truth universally acknowledged that all internet articles dealing with Jane Austen will contain this opening salvo, and that a captivating prime-time Jane Austen drama is the holy grail for TV producers. Ever since Colin Firth emerged from the waters of Pemberley in the mid90s TV audiences haven’t been able to get enough of Austen. Each of her novels has been adapted time and again, some faring better than others, however this time ITV are bringing something new to the small screen.

Sanditon, Austen’s final, unfinished novel, is heading to ITV this autumn with a great cast, some idyllic landscapes and love and friendship firmly at the beating heart of the drama. Rich Phippen sat down with some of the cast to talk about bringing this lesser-known Austen to the screen (adapted by Andrew Davies, no less). He talks with Leo Suter (Young Stringer), Rose Williams (Charlotte Heywood) & Kris Marshall (Tom Parker) and Charlotte Spencer (Esther Denham) & Jack Fox (Sir Edward Denham). The show also stars Alexandra Roach, Crystal Clarke, Theo James, Kayleigh-Paige Rees and Anne Reid.

Will it follow the BBC’s Pride and Prejudice into the annals of TV history? Let’s see….

The story is about Charlotte Heywood, a spirited and impulsive woman who moves from her rural home to Sanditon, a fishing village attempting to reinvent itself as a seaside resort.

Exclusive: The cast of Downton Abbey talk about the new film, the show’s enduring success and which A-listers they would love to have come for tea

The full Downton Abbey Press Conferences: The cast on what fans can expect from the movie