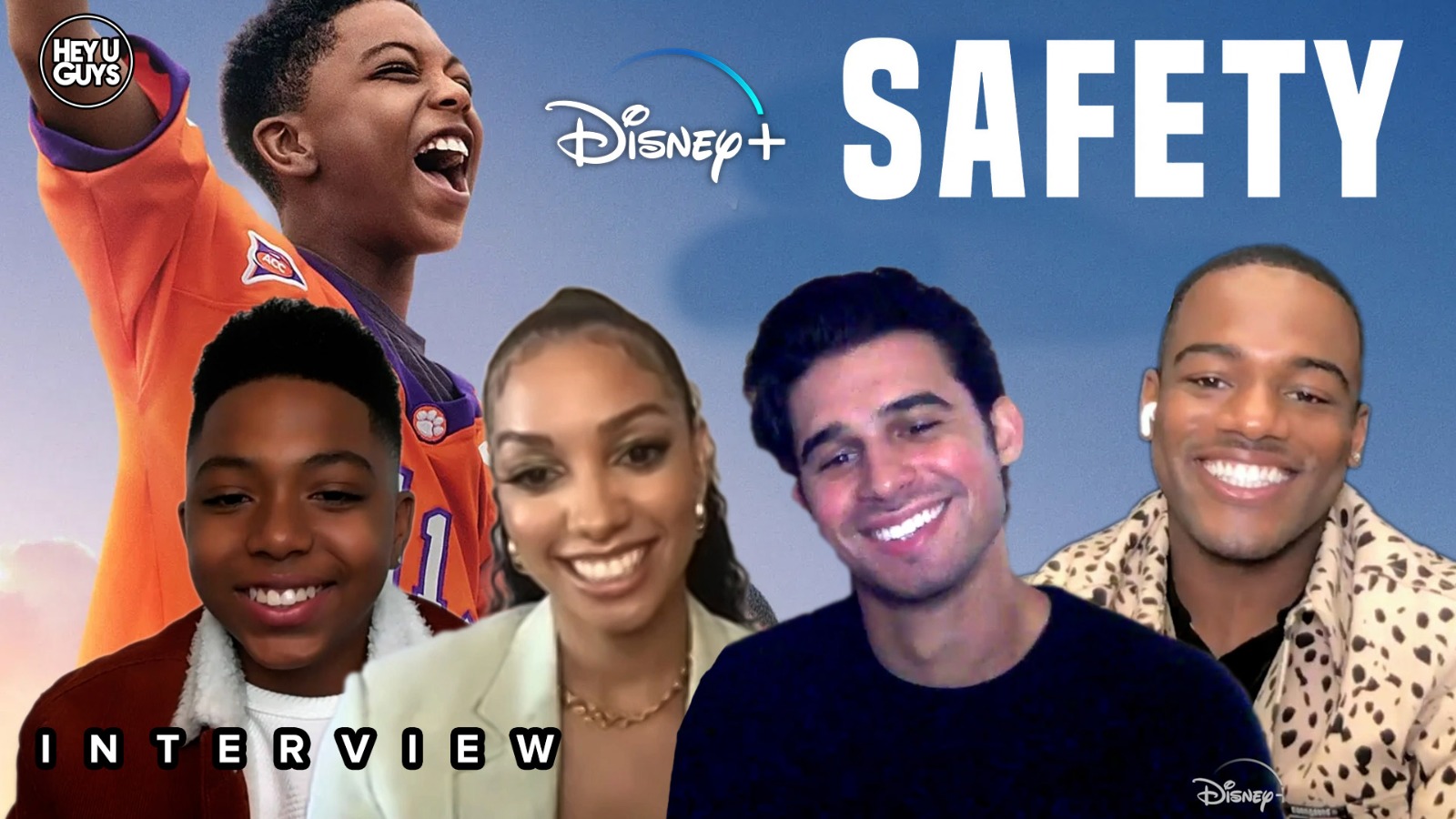 Safety may not be a Christmas movie as such, but it’s a film made for all the family to enjoy – and what’s more, it’s full of hope and optimism, and what’s more Christmassy than that? The film is launching this weekend on Disney+ and to mark the occasion we took part in a mega virtual junket, where we spoke to leading stars Jay Reeves, Corinne Fox (son of Jamie, by the way) as well as Hunter Sansone and newcomer Thaddeus J. Mixon II. We even had the chance to speak to those behind the lens, chatting to director Reginald Hudlin, with producer Mark Ciardi and the real-life man this entire project was based on, Ray-Ray McElrathbey. Be sure to watch both interviews in their entirety below as we discuss the project at length, and even speak to director Hudlin about his time collaborating with the late, great actor Chadwick Boseman when they worked together on Marshall.

An 18-year-old student puts his football scholarship on the line when he steps up to take custody of his 11-year-old little brother after their mother enters an extended stay at a drug rehab facility.

Safety launches on Disney Plus on December 11th