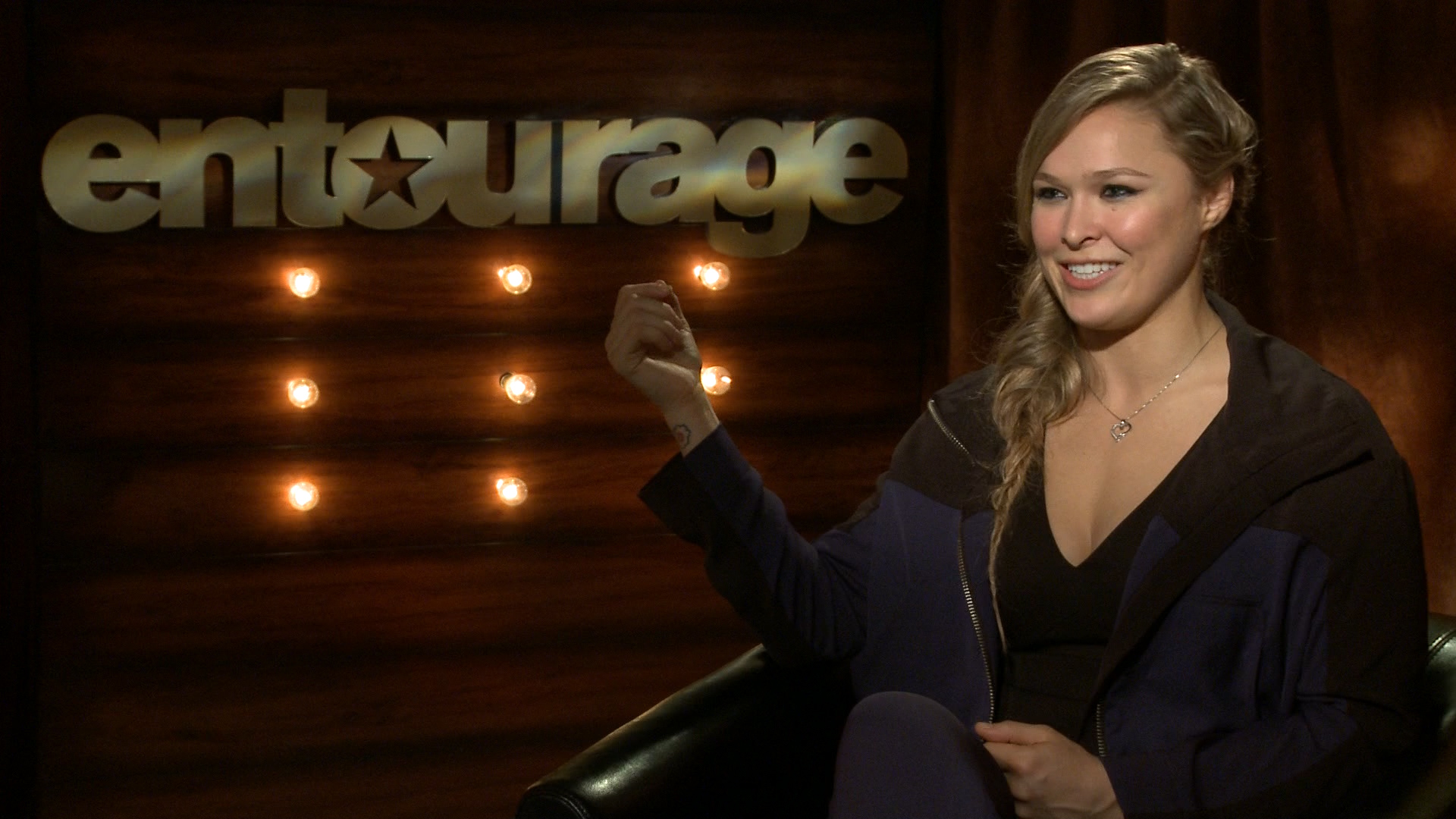 The latest in our series of interviews with the cast and crew of Entourage: The Movie we present this chat with the number 1 female MMA fighter and actress Ronda Rousey.

Making her acting debut in The Expendables 3 and following it up with an appearance in Furious 7 Rousey is following in the footsteps of Gina Carano into the acting world and has her biggest role thus far in Doug Ellin’s Entourage movie.

Here James Kleinmann sits down with Rousey, you can find all of our other interviews, premiere coverage and review here.