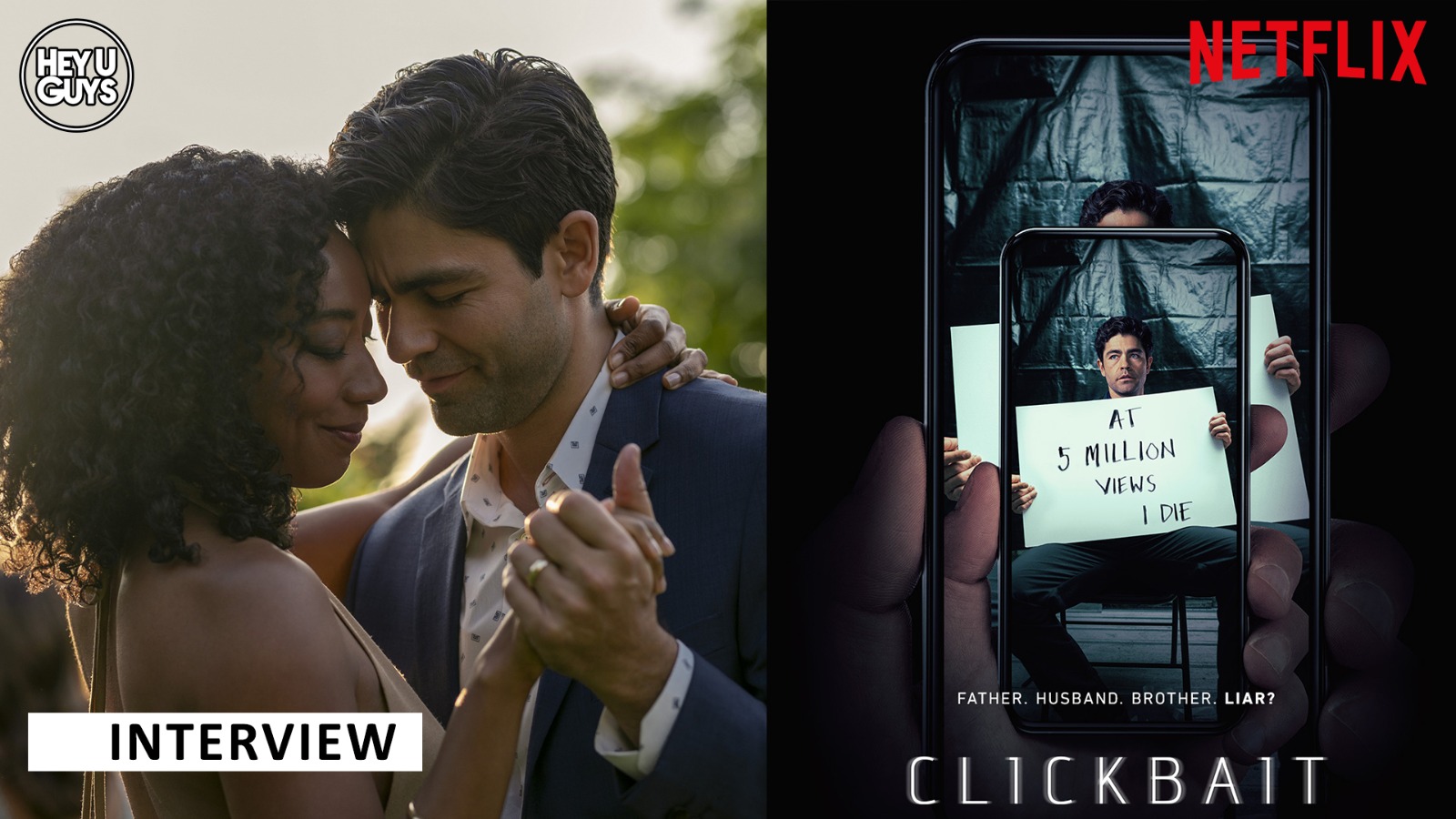 Clickbait is a new Netflix series that will have you gripped. Needless to say we were thrilled to meet two of its leading stars, Adrian Grenier and Betty Gabriel, who play husband and wife, with the former being taken hostage, only for a video of him to appear online threatening to kill him if it reaches 5m views.

We discuss the roles at hand, and whether Grenier can connect to the material more so like an audience member would, given the nature of the storytelling, while we also delve into a conversations about the dangers of social media.

Watch the full interview with Adrian and Betty here:

When family man Nick Brewer is abducted in a crime with a sinister online twist, those closest to him race to uncover who is behind it and why.

Clickbait is available to watch on Netflix now.

Production credits include Australian based Matchbox Pictures and Tony Ayres Productions (TAP) together with Heyday Television produced the series for Netflix. All three companies are part of NBCUniversal International Studios, a division of Universal Studio Group. Tony Ayres (Stateless, The Slap) is Creator, Showrunner, and Executive Producer. Christian White is Co-Creator, Co-Producer, and Writer.  Brad Anderson (The Sinner) is Lead Director. David Heyman (Once Upon a Time In Hollywood, Harry Potter, Gravity) is a NWEP through his production company, Heyday Television. Tom Winchester is Executive Producer for Heyday Television.