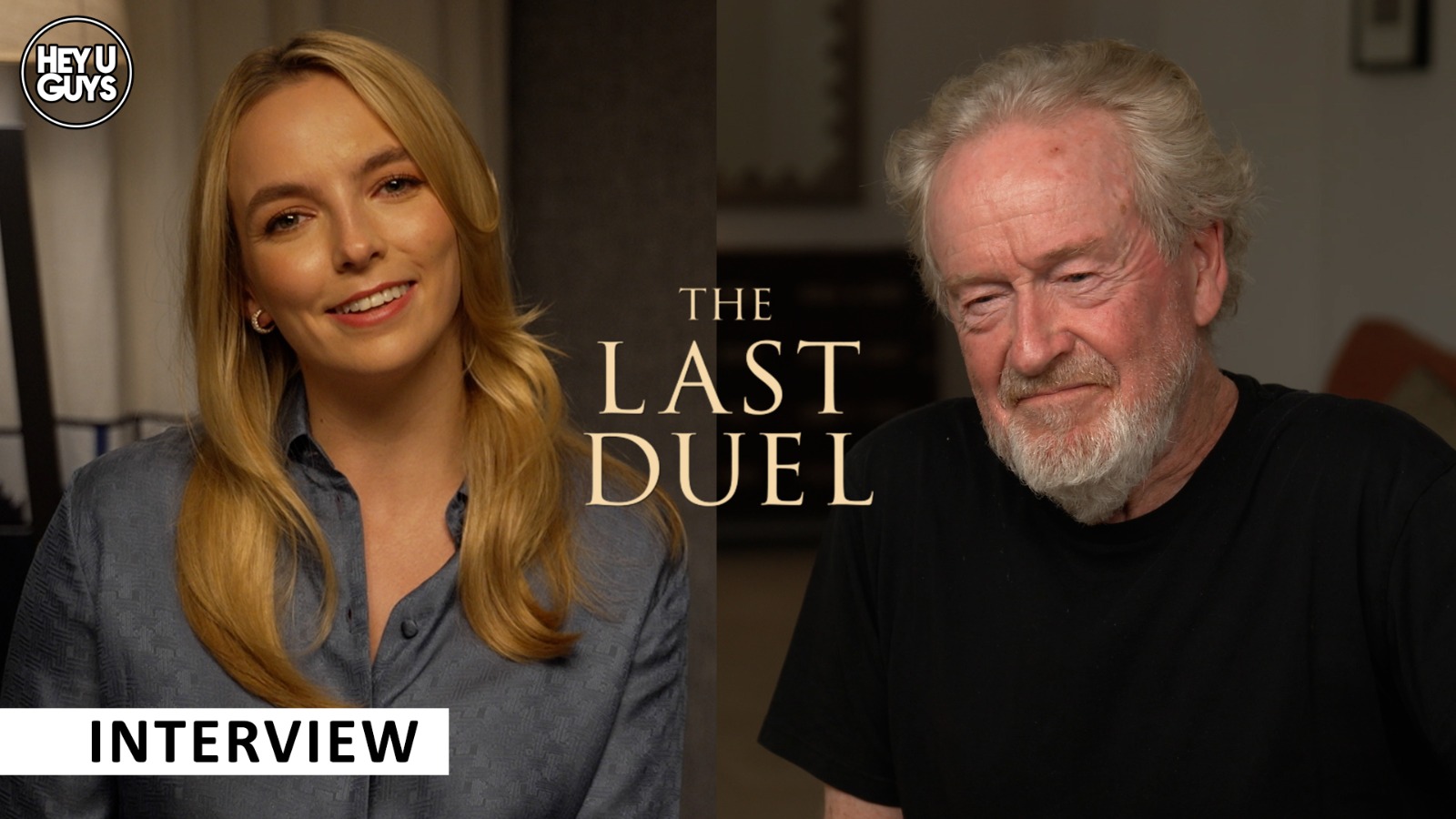 Truth is an important thing to depict on screen, and for Ridley Scott – presenting his latest film, The Last Duel – it was blindingly obvious too. In a story made up of three parts, each telling their own version of one event, when we interviewed the legendary director, alongside his leading lady, the great Jodie Comer, we discuss audience reaction to the film, and whether they are surprised to hear that some people weren’t entirely convinced who’s story was indeed the correct one.

Comer also speaks about the importance in having a female voice amongst the writing team, which consisted of Matt Damon, Ben Affleck and Nicole Holofcener. Scott ends by talking about the period being depicted and what surprises him most about the way people lived back then…

Jean de Carrouges is a respected knight known for his bravery and skill on the battlefield. Jacques Le Gris is a squire whose intelligence and eloquence makes him one of the most admired nobles in court. When Le Gris viciously assaults Carrouges’ wife, she steps forward to accuse her attacker, an act of bravery and defiance that puts her life in jeopardy. The ensuing trial by combat, a grueling duel to the death, places the fate of all three in God’s hands.

The Last Duel is released on October 15th

Win The Last Duel on Blu-ray™