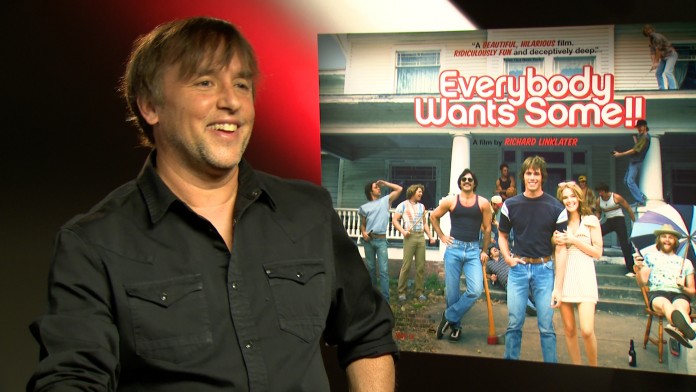 Without question Richard Linklater is one of the most creative filmmakers in world cinema, persistently pushing boundaries with his work. His latest may not appear to be as innovative as his preceding endeavours such as Boyhood and the Before trilogy, but under the surface is a profound comedy in line with his remarkable career.

When sitting down with the man himself during the promotional tour for Everybody Wants Some!! Linklater discussed whether it’s important people are aware the film is deceptively deep, and why time has always been such a prevalent them within his titles. He discusses just how much of a sequel this is to Dazed & Confused and/or Boyhood, while also debating the notion of nostalgia, and whether the present day is one we’ll look back with the same sense of romanticism we have towards the 70s and 80s.

Everybody Wants Some!! is released on May 13th.