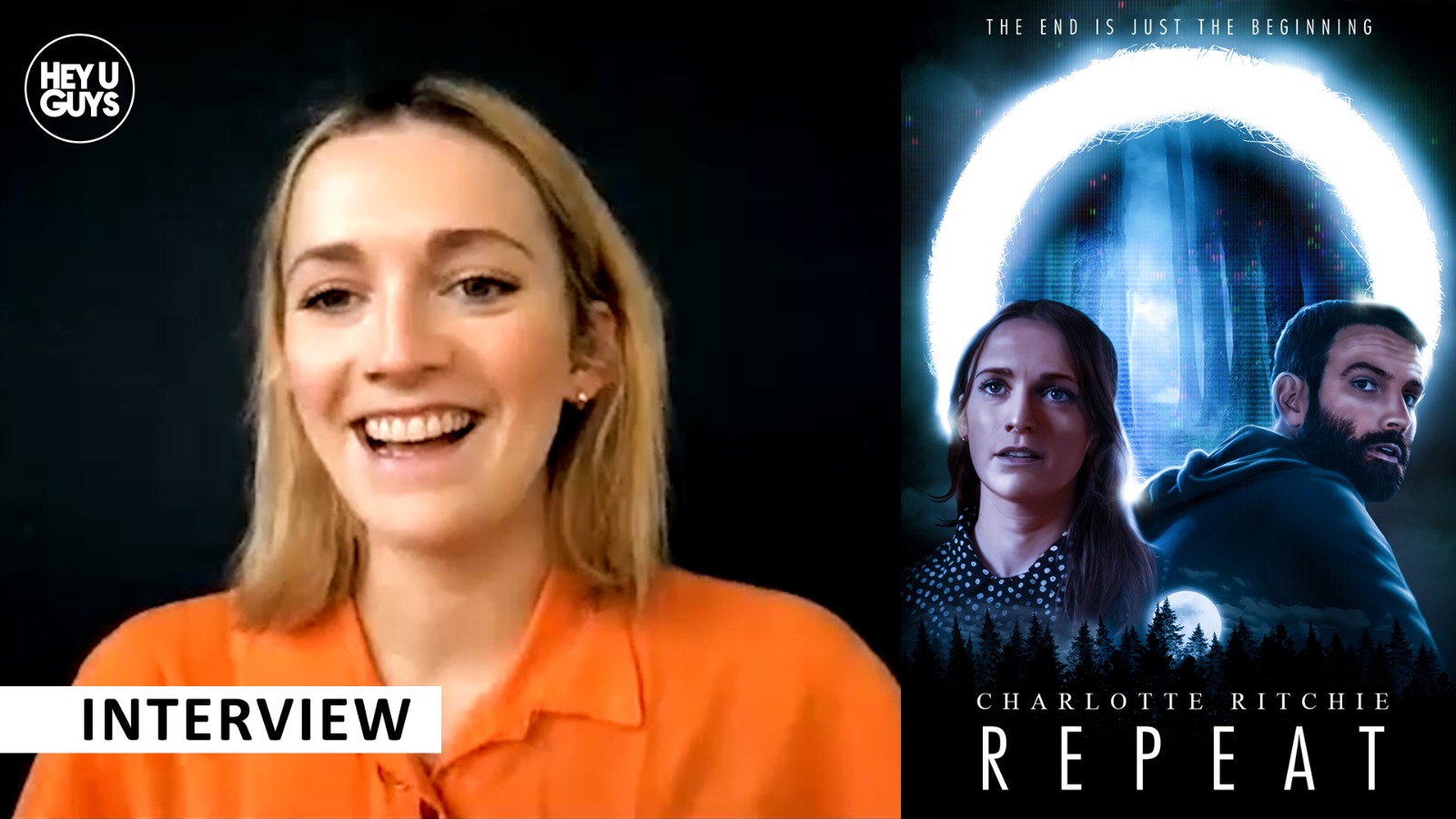 Charlotte Ritchie has been in the industry for quite some time now, starting as a youngster on the overwhelming set of Harry Potter, all the way to sitcom Fresh Meat and popular series Ghosts. She can now be seen in the creative, and clever sci-fi flick Repeat, and to mark the film’s digital release, we had the pleasure of speaking to the actress on Zoom.

Ritchie talks about her character and connecting on a human level to a role encased in a hypothetical, surreal narrative. She talks about her research, and whether she herself believes in the supernatural. We also look back on the beginnings of her career on Potter, and the fun she has on Taskmaster. She talks about the Christmas return for Ghosts, whether she watches her work with her family – and on the brilliance on Succession – penned, of course, but Fresh Meats scribe Jesse Armstrong.

A zealous cognitive psychologist dedicates his life to university lecturing. While tinkering with one of his many experiments he stumbles across an unbelievable discovery-a way of communicating with the other side. His joy is short-lived, however, as his daughter is put into potentially grave danger and when all leads go cold, he takes matters into his own hands to find out the truth.

The UK Digital Release of REPEAT was on the 15th November, so is available now

Win Back to Hogwarts Prizes