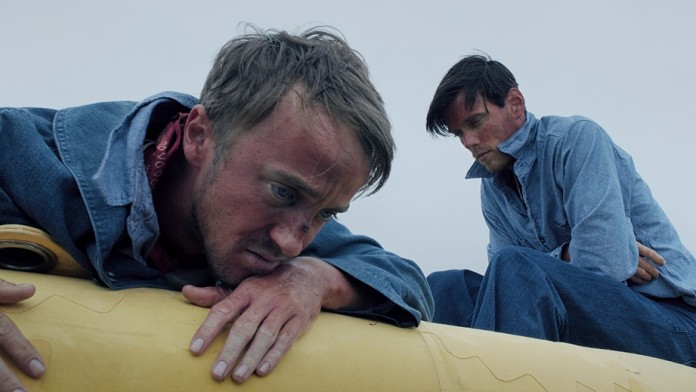 Prev1 of 11Next
Click Next or Swipe on Mobile

Hollywood has produced thousands of war movies, with World War II, as you might expect, the war that has inspired the most films. There have been, however, relatively few that have focused specifically on true stories.

Against the Sun, released on DVD this Monday March 14th, is one of these true stories. It tells the real life tale of three US airman who crash-land into the South Pacific, and have to survive together on a raft with no food or water, completely exposed to the elements.

Thanks to declassification of files, and the work of historians, along with memoirs of those who lived through it, there are some truly memorable films depicting important events in the biggest war the world has ever seen. Here we look at just a few.

2002’s The Pianist won Academy Awards for Roman Polanski as Best Director, Ronald Harwood for Best Adapted Screenplay, and star Adrien Brody for Best Actor. Based on W?adys?aw Szpilman’s autobiography of the same name, it tells the story of the Jewish composer’s incredible journey through the ruins of Warsaw, as he attempts to escape capture by the Germans.

Szpilman sees members of his family taken away to Nazi death camps, and has to cope both with his own survivors guilt, and the hardships of life on the ruin in a city that is falling apart. Brody balances both charm and vulnerability as the composer frightened for his life, in this harrowing drama. The events of the film are incredible, and if the story was made up, you’d think it ridiculous.

It is, however, a very real story that far too many people would recognize. The Pianist deserved all its critical awards, and is an important reminder of the plight of those who suffered the most through WWII.

Against the Sun is out on DVD from the 14th of March, you can win a copy here.

Prev1 of 11Next
Click Next or Swipe on Mobile

Remembering the Stars We Lost in 2019