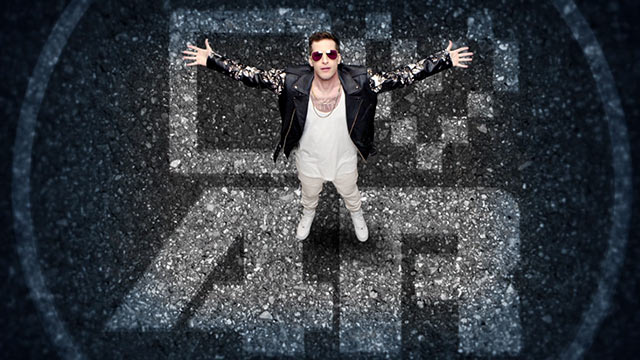 Popstar: Never Stop Never Stopping may sound like it is just a parody of Justin Bieber’s ‘Never stop Believing’ but the debut movie from the guys behind Lonely Island is also a laugh a second take down of the music industry as a whole.

Andy Samberg is Conner4Real, the break-out star of a 90’s pop act The Style Boyz. After breaking away from the group and  finding success with his first solo album Conner is releasing his second album ‘Connquest’ when we catch up with him. Adopting the mockumnetary format the movie tracks the release of Conner’s album, his new music video ,his live tour and of course his inevitable downfall. Clearly inspired by Justin Bieber’s Never Stop Believing and Katy Perry’s Part of Me the film follows his day to day life as he has to deal with his fans, the press and perhaps worst of all, his own entourage.

Whilst the idea that popstars are all shallow idiots who run around like dictators stepping over anyone who gets in their way isn’t exactly a new one , Popstar manages somehow to still feel fresh. Conner is as dimwitted as they come but it’s difficult not to love him. Samberg’s infectious energy helps the film excel and he carries it when the narrative becomes tiresome.

A series of brilliant supporting cameos and its blink and you’ll miss it gag a minute approach makes the film hilarious from start to finish. The spirit of Spinal Tap is strong with this one and whilst the central plot line is incredibly predictable it manages to engage for it’s relatively short run time thanks to a brilliant cast and great gags.

Needless to say as well that the music is hilarious. Jorma Taccone and Akiva Schaffer join Samberg in the making of the movie. The trio, known better as Lonely Island are famed for their often brilliant music parodies and they’ve gone all out here. Conner’s first music video ‘Equal Rights’ is an early highlight, whilst a cameo in the movie’s closing stages will have long time Lonely Island fans screaming with delight.

Popstar: Never Stop Never Stopping never stops being funny throughout. It hits most if its targets with panache and is of the funniest comedies of 2016 so far.

Drac & his Dad bod race against time in trailer for ‘Hotel Transylvania: Transformia’

“The whole pack is out of whack” in new trailer for ‘Hotel Transylvania: Transformia’

HeyUGuys On Set: Entering into the magical world of Thra for The Dark Crystal: Age of Resistance