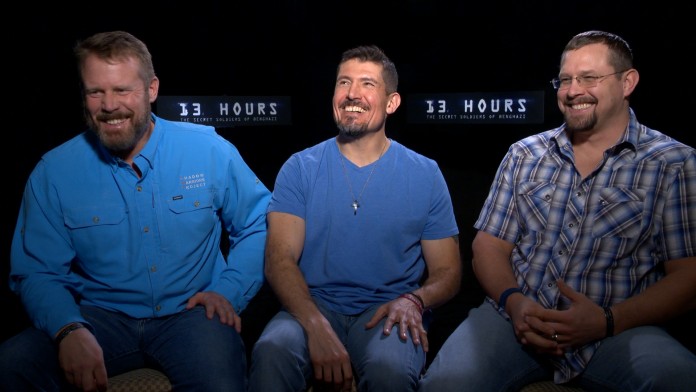 It’s one thing sitting down with an actor portraying a soldier and asking how they got into the mindset of the character. But to actually sit down with three former soldiers, men who put their life on the line – in a battle so intense that Michael Bay has made an entire film about it – is a rewarding, enlightening experience.

Mark ‘Oz’ Geist, Kris ‘Tanto’ Paronto and John ‘Tig’ Tiegen are those very men – who fought in Benghazi on September 11th, 2012 – protecting an American compound in the Libyan city. They discussed the surrealism in seeing their story told on the big screen, what they make of the actors portraying them – and whether that fateful night still haunts them.