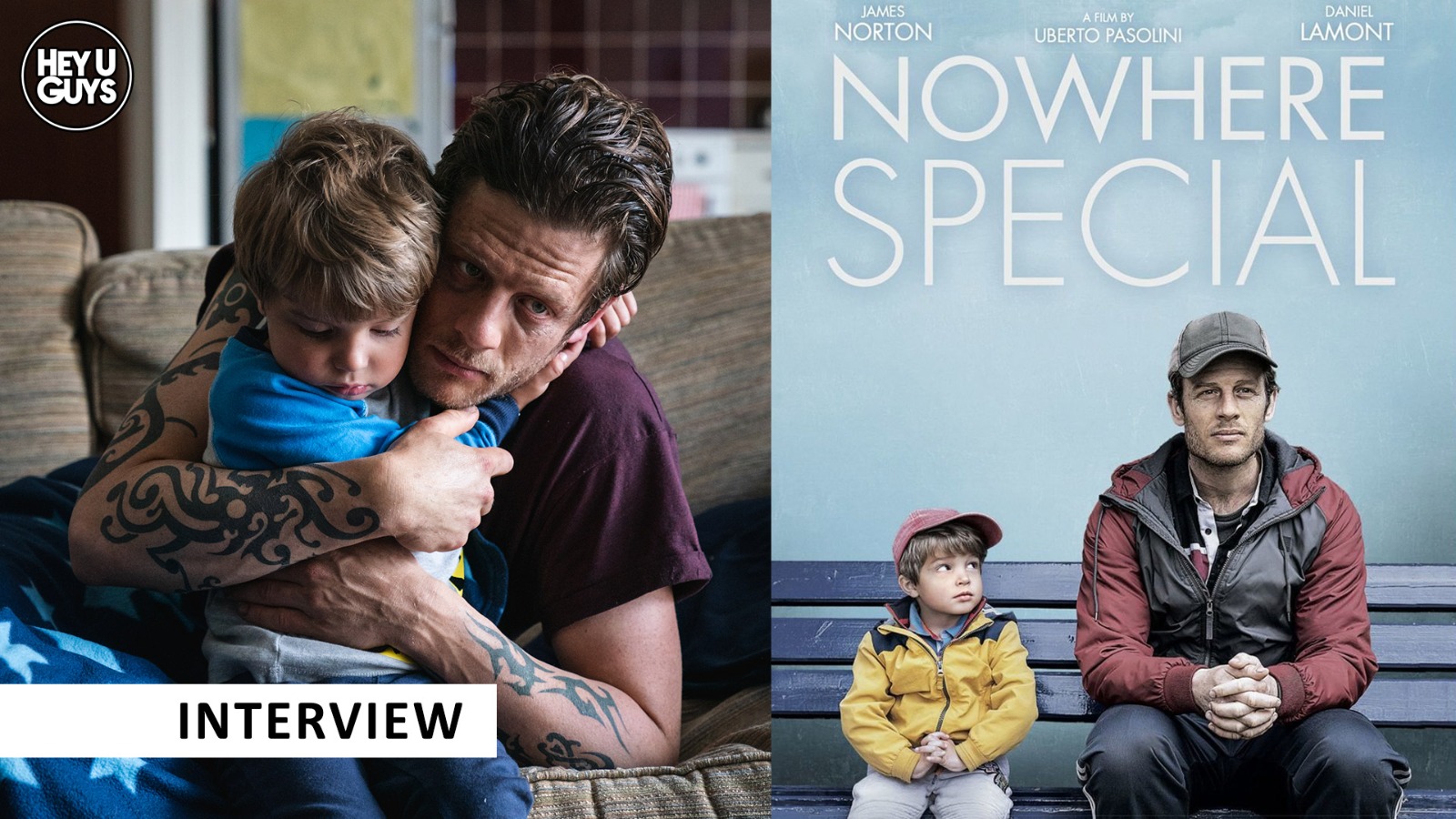 When we saw Nowhere Special, we were almost alone in a large cinema – ands believe us, that was handy. We cried with noise. I cried with noise. It’s a heartbreaking, tragic and yet oddly hopeful movie about a terminally ill father seeking a family to take in his young son after he dies. It brings out a career-best performance from James Norton, and so needless to say we were thrilled to speak to the actor on his role, and on the bond he formed with young performer Daniel Lamont. He also speaks about his forthcoming project Freegard. And we also discussed Nowhere Special with its director, Uberto Pasolini (before the Euro final) as he tells us about casting Norton, and on his own inspirations as a storyteller.  Be sure to watch both interviews in their entirety below.

Inspired by true events, “Nowhere Special” features James Norton (“Happy Valley”, “Mr Jones”, “Little Women”) as thirty-five-year-old window cleaner John, who has dedicated his life to bringing up his son, after the child’s mother left them soon after giving birth. When John is given only a few months to live, he attempts to find a new, perfect family for his three-year-old son, determined to shield him from the terrible reality of the situation.