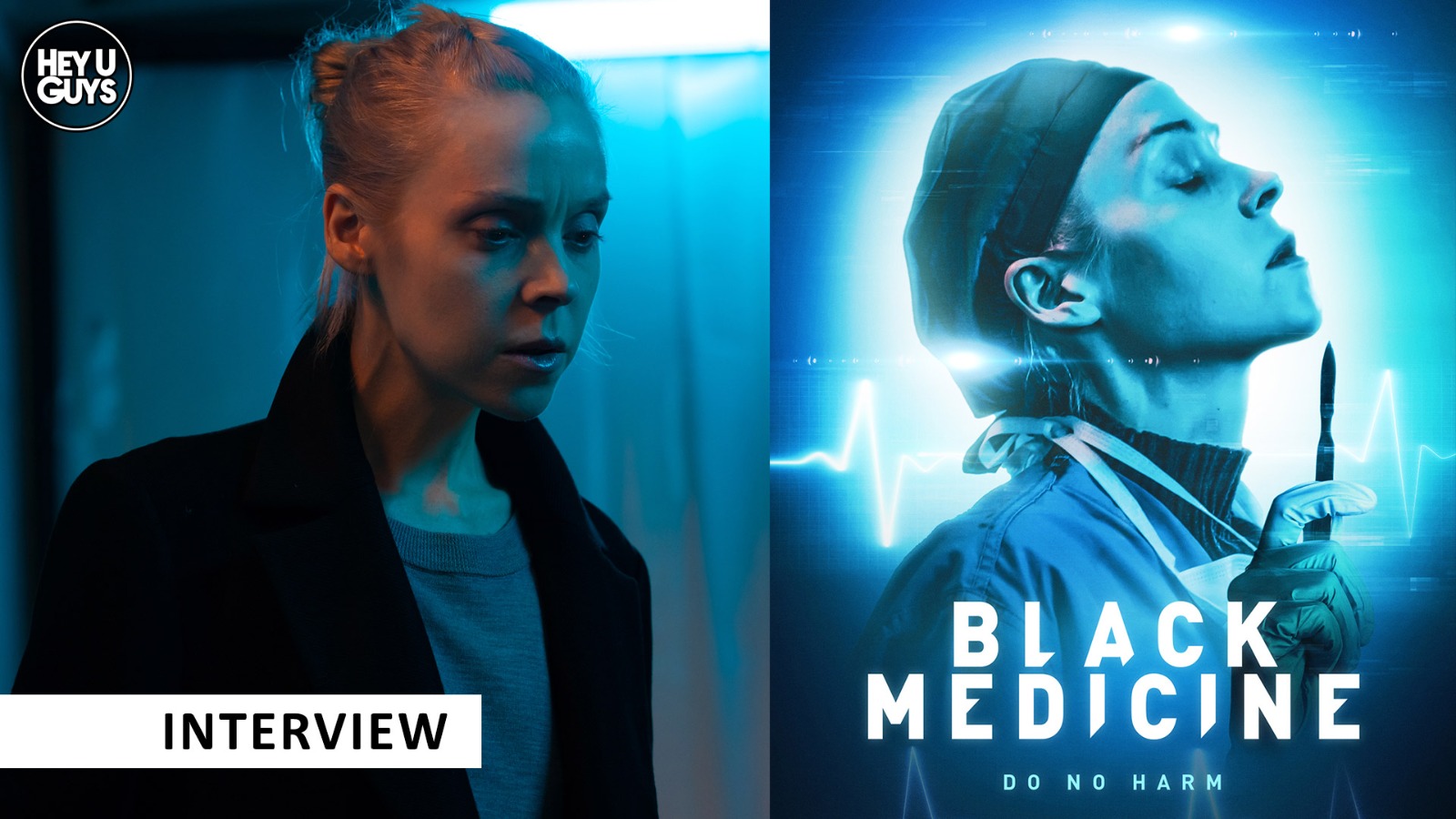 Antonia Campbell-Hughes is an actress who always makes fascinating choices, and often takes her, and the viewer, down dark paths into the shadows of society. Her latest is no different, as she plays A black-market medic in Colum Eastwood’s Black Medicine, and to mark its digital release this week, we had the pleasure of speaking to the actress, talking not only of this project but also her upcoming directorial debut It Is In All of Us, and the strength of collaborator Cosmo Jarvis. She also talks about one returning to comedy, which is of course where we first became aware of her talents, starring alongside Jack Dee in Lead Balloon.

A black-market medic carries out illegal operations for the criminal underworld. When she gives refuge to a young girl, she must choose between breaking her medical oath or crossing her ruthless employers.

Signature Entertainment presents Black Medicine, which is out now on Digital Platforms