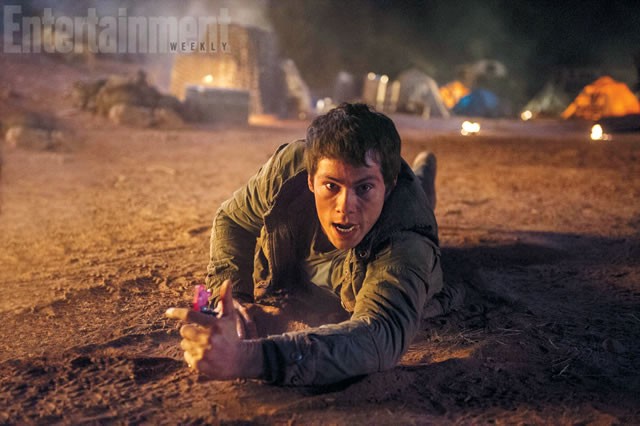 The second film in the Maze Runner series is out in September this year, and will seek to outdo the phenomenal success of the first film.

Director Wes Ball returns to take us beyond the maze with The Scorch Trials riding a little close to Hunger Games territory for my liking, but the first film had fun with its big mystery with a decent cast so we can expect more of that.

The first three images from The Scorch Trials have been released and as we reported previously the chief newcomer will be tiny-digited Game of Thrones man Aidan Gillen as Janson, a character who will become a key player as the Gladers move out into their new world.

Solving the Maze was supposed to be the end.

Thomas was sure that escape from the Maze would mean freedom for him and the Gladers. But WICKED isn’t done yet. Phase Two has just begun. The Scorch.

There are no rules. There is no help. You either make it or you die.

The Gladers have two weeks to cross through the Scorch—the most burned-out section of the world. And WICKED has made sure to adjust the variables and stack the odds against them.

Friendships will be tested. Loyalties will be broken. All bets are off.

There are others now. Their survival depends on the Gladers’ destruction—and they’re determined to survive.