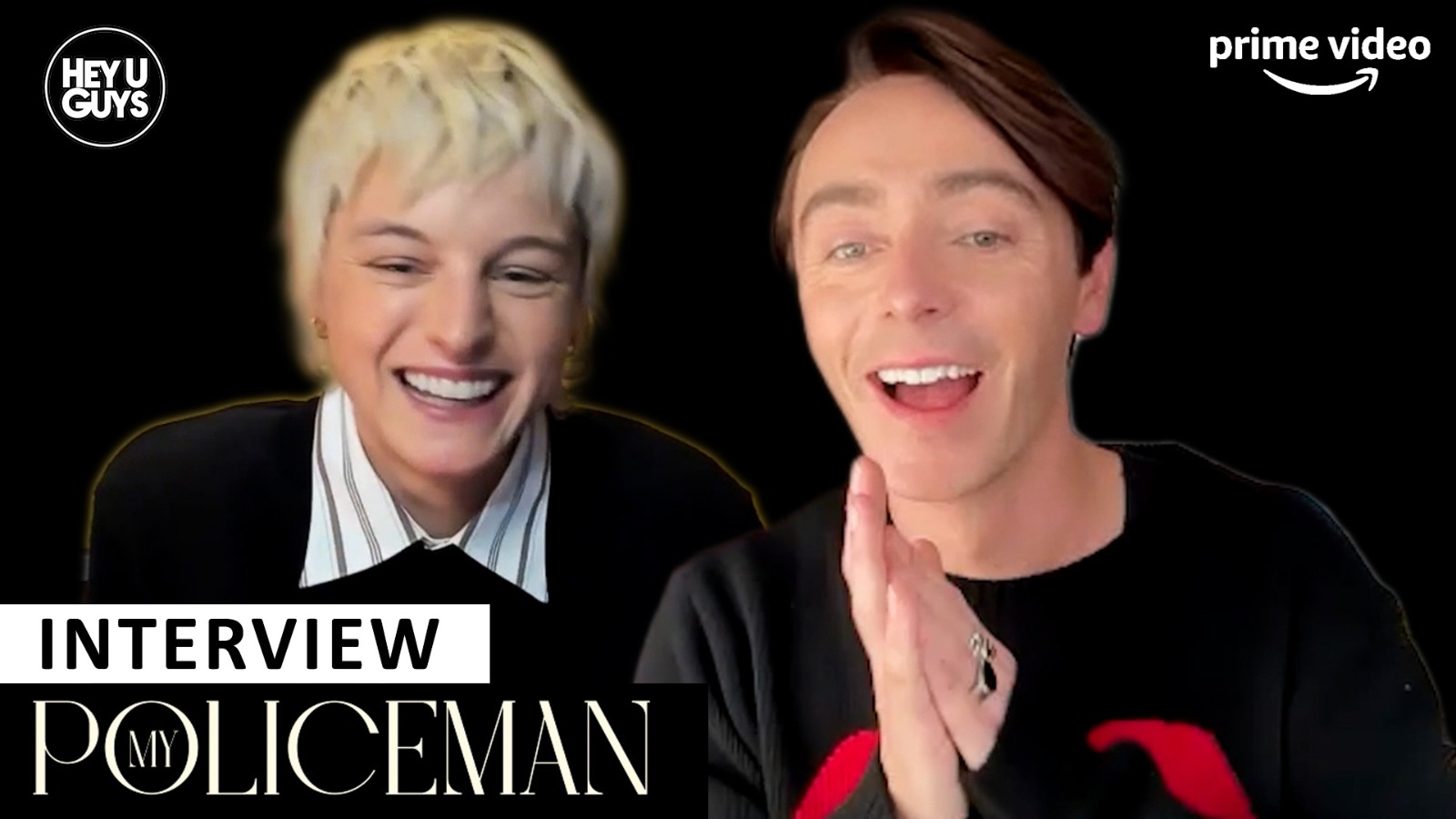 My Policeman is a stirring drama featuring a fine ensemble, which contains a little known artist called Harry Styles. To mark the film’s Prime Video launch we had the pleasure in speaking to several of the talented creatives that have brought this profound tale to screen, chatting to Emma Corrin & David Dawson, as well as co-star Gina McKee, and finally filmmaker Michael Grandage.

We speak about the themes in the movie, and given the narrative unfolds across two timelines, in the past and present, we ask whether Corrin and Dawson tried to connect their performances to the actors playing them later in life (McKee, and Rupert Everett) and naturally as asked McKee the very same question, just the other way around. We also, naturally, discussed the collaboration process with Styles, and what sort of actor he is and his process and diligence on set – while Grandage explains why having a name of that magnitude is so important for a tale of this nature. Be sure to watch all interviews in their entirety below.

Tom, a policeman in 1950s Britain, falls in love with a schoolteacher on the Brighton coast. However, he soon begins a passionate same-sex affair with a museum curator, in spite of homosexuality being illegal.

My Policeman launches globally on Prime Video on November 4th