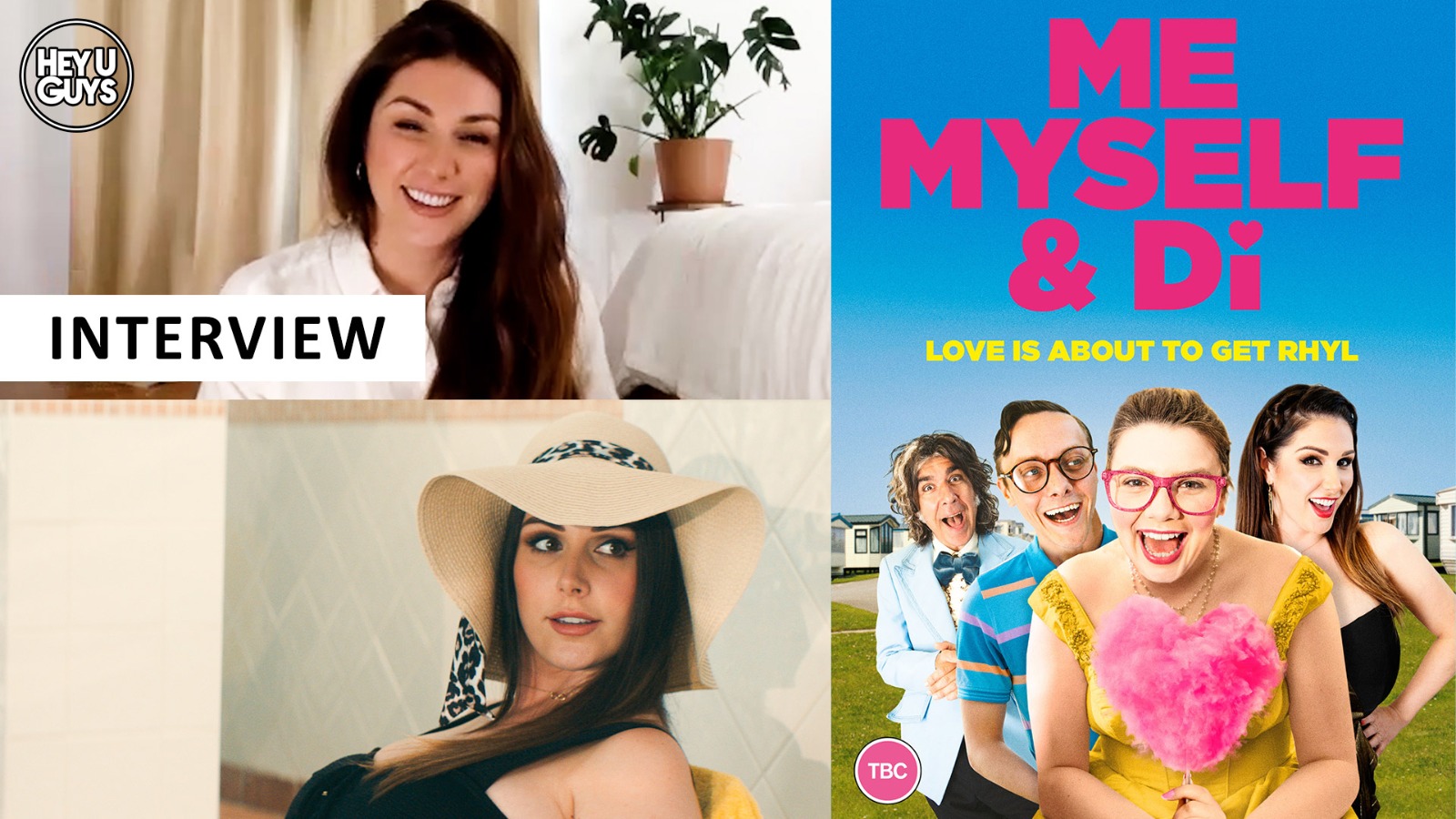 Me, Myself & Di is a charming new British comedy that is well worth giving a go. To mark its release, we had the pleasure in speaking to its three leading roles, speaking to model-turned-actress Lucy Pinder, newcomer Katy Clayton, and James Lance (Northern Soul, Marie Antoinette).

We discussed with all three performers the appeal of this movie, and just how much fun was had making the film. Pinder speaks about her childhood holidays, and working with the wonderful Clayton. She also talks about her career, and inclination to make more movies – and if she feels she has to work doubly hard to impress. Meanwhile Clayton tells us the funny story of how she actually auditioned for a much smaller role in the film, and talks about her own background in performance – and how creativity runs through her entire family.

And finally with Lance we speak about the value in just enjoying yourself while doing this job, while he also tells us how he learnt not to overthink too much in this industry when it comes to waiting on roles, and also comments on his eclectic back catalogue, recounting some of his favourite memories from across his career. We also ask about his time spent on I’m Alan Partridge, and if he keeps up with all things Alan… Watch the full interviews with Lucy Pinder, Katy Clayton and James Lance, in their entirety, below.

When Janet wins the trip of a lifetime, she’s convinced by her best friend to pretend to be the opposite of who she actually is, in the hope of finding love.

Me, Myself & Di is released on June 11th

Exclusive: Trailer arrives for British comedy ‘Me, Myself & Di’